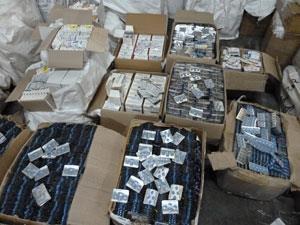 An international operation targeting the illicit internet trade in pharmaceuticals has seized medicines worth more than £6.5 million. During the nine-day operation, coordinated by INTERPOL and involving 100 countries, around 18,000 illegal online pharmacy websites were shut down and 79 people were arrested. It was the largest internet-targeting enforcement action of its kind ever.

In the UK, authorities seized more than 2.3 million doses of unlicensed medicine worth about £3.8 million. ‘This week we have recovered a range of medicines being supplied without prescriptions and stored in unacceptable conditions by people who are not qualified to dispense medicines,’ says Nimo Ahmed, acting head of enforcement at the UK Medicines and Healthcare products Regulatory Agency (MHRA). This is the fifth year of running this operation, but MHRA undertake continual monitoring and targeted raids throughout the year. ‘The problem is as we soon as take down a website, others spring up, that is why raising public awareness is so important.’

In recent years, there has been an explosion of websites offering medicines for sale via the internet, many originating from outside the UK. Recent surveys show that 50% of medicines purchased over the internet (from illegal sites that conceal their physical address) are counterfeit, according to the Royal Pharmaceutical Society (RPS). More than one in seven UK adults surveyed (15%) admitted to obtaining prescription-only medicine without a prescription; and 67% of GPs surveyed know of a patient who has bought prescription-only medicine from an illicit source.

‘It is hugely worrying that prescription medicines are available from illicit websites,’ says the RPS’s Neal Patel. ‘This is a serious patient safety issue. Not only is supplying prescription-only medicines without a prescription illegal, it means that the user has no information about the ingredients, dosage instructions or potential side effects, so patients would not be receiving proper healthcare advice.’

According to the MHRA, 82,000 orders may be placed every month worldwide. Estimates of the value of these orders range from £210,000 to £1.48 million per month. Of all orders placed online, 62% are for male sexual enhancement drugs.

Fraudsters often use spam or unsolicited mail to target consumers. Research indicates half of all unsolicited emails are trying to sell medicines, according to MHRA figures. These spam emails come from affiliate pharmacy networks that are run by organised crime groups and they rely on mass marketing and market saturation.

The MHRA is working with the Metropolitan Police and international partners such as Visa and the US Department of Homeland Security, to tackle seven of the largest spam networks. The MHRA believes this is ‘ground-breaking work’ and may lead to significant in-roads in tackling criminality on the internet.