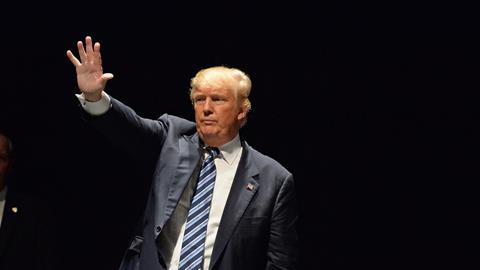 The new Trump administration is off to a very rocky start with the US research community. A sense of panic, and perhaps overreaction, has gripped many scientists inside and outside of government. This is partly a result of rhetoric coming out of the White House, as well as a lack of clarity from the Trump transition team.

‘I am very fearful frankly,’ stated Norman Ornstein, a political scientist at the conservative American Enterprise Institute in Washington, DC, during a webinar convened by the American Association for the Advancement of Science on 26 January. He anticipates a 2017 omnibus funding bill from the Republican-led Congress that will try to restrict research coming out of federal agencies like Nasa that investigate the impact or causes of climate change, as well as its more publicised space exploration work.

‘That is part of this war on science that we are going to see inside government,’ Ornstein said. ‘It is going to take a very strong effort from the community, Democrats and a handful of Republicans in Congress, to keep that from happening,’ he warned.

The American Chemical Society (ACS) said it is ‘monitoring, with concern,’ reports that the Trump administration is changing scientific communication policy and grant procedures. ‘During this transition, ACS urges the administration to clarify, as soon as possible, its positions on these policies,’ the organisation stated.

Scientists on the ground are worried too. When the news spread earlier this week that the Trump administration had ordered a freeze on Environmental Protection Agency (EPA) grants and contracts, researchers funded by the agency feared that their current and future projects were in jeopardy. ‘We were concerned about the potential for our work to be affected by it, but we had no specific information,’ says Bill Murphy, a materials scientist and biomedical engineer at the University of Wisconsin–Madison. ‘Anytime a funding agency has their spending frozen, it creates some nervousness.’

In particular, Murphy is worried about a $6 million (£4.6 million) grant from the EPA that supports the Human Models for Analysis of Pathways (H-MAPs) Center at UW–Madison, which he directs. The centre creates human tissues in a dish that can serve as surrogates for human tissues or organs for toxicity testing. The four-year EPA grant is currently in the second year, and Murphy feared that it might be halted by Trump’s freeze.

However, the Trump camp says the concern from Murphy and others about the fate of their EPA-supported research projects is unwarranted. Doug Ericksen from the president’s transition team tells Chemistry World that he doesn’t believe current and future EPA research grants are impacted by the freeze. ‘Research grants have not been addressed as of today,’ Ericksen says, implying that might change in the future.

He explains that the new administration has instituted a temporary freeze on all non-capital construction or personnel funds at the EPA. ‘We are trying to make sure that expenditures coming out of EPA are going to reflect the new administration’s priorities,’ Ericksen says. ‘We want to get as much money as possible over to capital construction projects like water treatment facilities and brownfields clean-ups – those things are not being touched.’

The more scientists we have in office the better, the more we interact with those in office, the better

But Christine Todd Whitman, who served as the agency’s administrator under former Republican president George W Bush, says she can’t remember there ever being this kind of blanket order at the agency. ‘We had a freeze on pending regulations when the administration switched, and that was it,’ she says.

Whitman says that if Ericksen is correct, the Trump administration should have explicitly stated that research was exempt when they announced the freeze. ‘Unless you are clear about that at the very beginning, then it is terribly confusing,’ she states. ‘Right now, people will interpret it in the very extreme to be on the safe side.’

She suggests that the problem is one of inexperience. ‘It is an administration coming in that really has very little experience in government, trying to do what you do in business, but learning that government is different,’ Whitman says. ‘They are definitely feeling their way.’

If scientists and senior staff at the EPA jumped to the worst case scenario that could partly be due to the Trump transition team’s EPA ‘agency action’ plan that was obtained by news site Axios. According to Axios, the document says that the ‘EPA should not be funding scientific research’. Subsequent reports in the Wall Street Journal and elsewhere indicated that the Trump administration is considering taking quick action to prevent the EPA and other federal agencies from researching the greenhouse gas impacts of new projects.

It is clear that the nerves of academic and government researchers are raw, creating a very tense atmosphere in which misunderstandings can take root and grow into panic. There were rampant reports in the media on 24 January, as well as on blogs and Twitter, that the US Department of Agriculture (USDA) under Trump had prohibited it scientists from publicly disclosing anything online. This included posting summaries of their scientific papers or tweets. But those reports appear to have been misguided.

It turns out that it was top brass at the Agricultural Research Service (ARS) – the USDA’s main in-house research arm – who had requested a temporary pause on issuing press releases, fact sheets and blog posts. This was in order to allow the new leadership team to get up to speed.

ARS spokesperson Chris Bentley says this is something that happens with every change of administration. ‘There never was a black out, there never was a ban on sharing information about what our researchers do,’ Bentley tells Chemistry World. ‘It was a clear misunderstanding.’

Similarly, an internal National Institutes of Health memo sent to agency employees on 24 January was taken out of context, triggering widely-publicised concerns that researchers funded by that agency are being muzzled. In fact, the NIH says the White House directive in question only prohibited the agency from temporarily sending correspondence to public officials about new rules or pending regulations, not about research or science policy. This is also typical after a new president is elected.

Part of the anxiety is due to the apparent lack of scientific representation in the new administration, and in Congress. ‘This is not a time… to retreat into the ivory tower,’ Ornstein warned. ‘The more scientists we have in office the better, the more we interact with those in office, the better.’