Using the cheapest of equivalent options could save healthcare providers millions

Ireland has become the first country to identify lists of ‘preferred drugs’. Ensuring patients use the best value-for-money drugs could save patients and taxpayers millions of euros, says the Irish Health Service Executive (HSE). 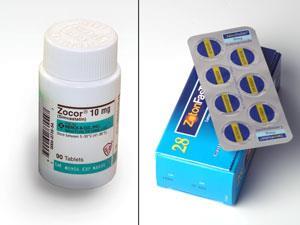 For classes of medicines where the performance of different drugs is similar, but prices vary significantly, prescribers are being asked to use the cheapest option. The first two preferred drugs are the proton pump inhibitor (PPI) lansoprazole and simvastatin for managing high cholesterol. The preferred drugs will not be suitable for all patients, but should be used wherever it is safe and effective to do so.

The HSE estimates that if 50% of all PPI prescriptions were for lansoprazole, it would save €7.5 million (£6.4 million) on its drugs budget in 2013. Switching 25% of all prescribed statins to simvastatin could save a further €8 million.

While most countries make rulings about whether individual drugs represent value for money, this is the first time a state has expressed an explicit preference for one drug over others in the same class. The HSE says that it is ‘too soon to say’ whether other countries will follow its lead.

Statins and PPIs were selected as they make up a considerable portion of the state’s drugs budget. The HSE will advise on its preferred angiotensin converting enzyme (ACE) inhibitors and angiotensin II-receptor blockers (ARBs) for treating high blood pressure and heart failure later in the year.

The lists will be reviewed every three months to take advantage of any changes in pricing, the HSE confirms.