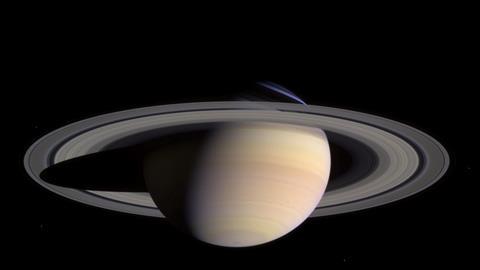 While hydrogen is the simplest element, we still struggle to predict its high pressure behaviour – but researchers in the UK and Switzerland may have just solved one hydrogen puzzle. Bingqing Cheng from the University of Cambridge, UK, and colleagues used machine learning to study how hydrogen changes between liquid states at high temperatures and pressures. That meant that they could use computer power more efficiently than other theoretical chemistry methods. As such, they could simulate systems containing over a thousand atoms, rather than just a few hundred.

Previous simulations suggested a sudden change from an insulating liquid containing hydrogen molecules and a conductive metallic liquid of hydrogen atoms. Cheng and her colleagues found that sometimes a more continuous transition is possible. ‘The high pressure hydrogen turns atomic in a smooth and gradual way,’ she explains. The team found that in a narrow range of conditions, hydrogen forms a supercritical state intermediate between the molecular and atomic liquids. This could explain conflicting experimental results, Cheng says, where gradual transitions only happen under some conditions. But the consequences could be truly out of this world.

‘Our conclusion on supercriticality can potentially change our understanding of the inner structures of giant planets,’ Cheng explains. In giant planets there can be abundant hydrogen at the right temperature and pressure to be liquid. Cheng adds that the insulating and the metallic liquid layers in them may have a gradually changing density profile, instead of an abrupt change as previously thought. Whether hydrogen oceans are conductive or insulating could influence their magnetic fields, she notes.

To produce these findings, the chemists trained a neural network using data from more conventional density functional theory (DFT) and Quantum Monte Carlo (QMC) simulations. They put hydrogen atom positions into the network, together with the energies of the atoms and the forces they experience in each case. The network ‘remembers’ links between structure and properties, Cheng explains. It can then predict the properties of new structures with more atoms by comparing atomic arrangements to its memory.

DFT and QMC both showed abrupt changes between hydrogen’s two liquid phases, but today’s computers can only simulate a few hundred atoms with these methods. The openly available neural network simulated 1728 atoms and found a smoother transition with a supercritical phase. ‘We believe the results coming from the larger, more realistic system is more trustworthy,’ Cheng says.

Lilia Boeri from Sapienza University in Italy, says that the study is ‘an impressive application of machine learning methods’. ‘This is one of the first cases where I have seen this method applied to a question that is probably intractable by standard DFT calculations,’ Boeri says. ‘This allowed the authors to determine almost unambiguously the nature of the liquid–liquid transition in high-pressure hydrogen, a question which has been debated for decades, and has important consequences for planetary models. ’