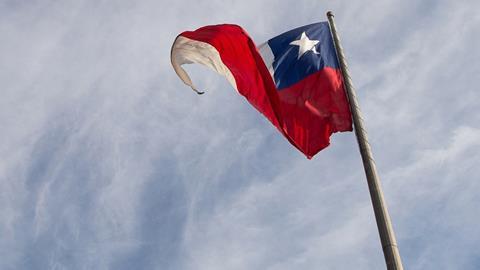 The Chilean government finally has a director for its new science ministry, which was officially created over this summer, and the country’s research community is celebrating the news amid concerns about the government’s inadequate support for science.

Biologist Andrés Couve, a neurosciences professor at the University of Chile and past president of the Chilean Society for Cell Biology, became the country’s first Minister of Science, Technology, Knowledge and Innovation on 17 December. Carolina Torrealba, a cell biologist and former executive director of the government’s Millennium Science Initiative, will serve as the new science ministry’s undersecretary.

The appointments of Couve and Torrealba were well-received by Chile’s scientists and research advocates. The hope is that they will help raise the profile of science in Chile and increase the government’s funding for research and innovation.

In 2016, Couve was part of a presidential commission that delivered a recommendation to promote research in Chile, laying the foundation for what would eventually become the new science ministry. He has also served on the boards of the VIVEChile Foundation and the Puerto de Ideas Foundation, which both aim to promote science in the country.

‘I have confidence and optimism in the work that will be done by the Minister #NuevoMinisterioCiencia @acouvecorrea and Undersecretary Carolina Torrealba, whose great experience in science and research will contribute to the development of Chile and move towards a knowledge society,’ said Ennio Vivaldi, the University of Chile’s rector, over Twitter.

David Contreras, who directs the University of Concepción’s biochemical research centre, says that Couve’s experience as a manager will be an asset in his new post. ‘Some of the projects he’s led in the past require a very large managing effort, which runs parallel to their scientific production,’ he tells Chemistry World.

In announcing Couve’s appointment, Chile’s president Sebastián Piñera said he is ‘undoubtedly one of the most talented and important representatives of the scientific world’. Piñera went on to warn that Chile only invests approximately 0.4% of its GDP in science and technology, which is only one-sixth of what the OECD countries spend. ‘We also have one researcher per thousand people, seven times less than what the OECD countries have,’ the president added. ‘Therefore, we have to advance in investing more time and more resources.’

During his presidential campaign, Piñera promised to boost science and research in Chile by, among other things, increasing government funding for this area. However, after assuming office, he implemented an austerity plan that has hit that country’s scientific enterprise hard.

Chile’s government had proposed to slash CLP32 billion (£37 million) from government research programmes in late September, and even after CLP8.5 billion was reallocated, scientists in the country remain concerned that the system underlying Chilean research could be seriously damaged. In fact, Couve himself publicly opposed the reductions back in October.

Approximately 3000 of the country’s researchers, including hundreds of chemists, signed a letter to Piñera in November that urged his administration to, at the very least, maintain science budgets at current levels in 2019. Chile’s science funding, which was approximately CLP645 billion, had remained relatively stable since 2009.

‘This cutback doesn’t only affect researchers, but endangers our sustainability and our development as a country,’ says Adriana Bastías, president of the Platform of Female Researchers, a group that spearheaded the letter campaign. Bastías, whose organisation was founded in 2016 to promote gender equity in Chilean research, argues that the government’s move to cancel about 25% of the planned reductions was insufficient.

David Contreras, who directs the University of Concepción’s biochemical research centre, agrees. He emphasises that the decrease in science funding under Piñera is surprising. ‘With the creation of the ministry, one would expect more money, because bureaucracy has a cost,’ Contreras states. ‘Now there are fewer resources for research,’ he adds. ‘It was all quite a surprise – we were expecting it at least to remain stationary.’

The young, early career researchers in Chile will likely be among those most affected by the cutbacks, according to Contreras. ‘We have a large number of PhD graduates, but no funds for research,’ he says. Contreras has served as a reviewer for Conicyt, which is Chile’s main allocator of public funds for research. In that capacity, he recalls having to reject ‘very good projects’ for lack of money. ‘If we make even more cuts, there’s going to be a tremendous amount of wasted talent,’ Contreras cautions.

Chile’s science budget for 2019 is finalised and can’t be changed, but the country’s researchers are still making their arguments and pushing for more funding in future. They hope to build momentum for 2020 and beyond, and are generally optimistic that Couve and his new science ministry can help their cause.