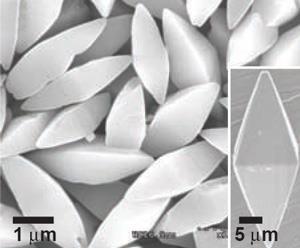 A carbon capturing microporous copper silicate material has been created that could offer a cheaper and simpler way of capturing carbon dioxide from the gas flues of fossil fuel power plants.

Carbon capture technologies currently employ a ‘wet’ method which involves aqueous amine solutions that react with carbon dioxide to form carbamates. The method is effective and, being already wet, isn’t affected by the presence of moisture in the flue gas. But the downside is that it’s expensive.

In a bid to lower the costs, researchers have tried to create a ‘dry’ method by investigating a variety of microporous materials, including metal–organic frameworks. One problem, however, is that moisture in the flue gas competes with carbon dioxide binding sites in the pores, significantly reducing the carbon capturing ability of these materials. To optimise their performance would mean dehydrating the flue gas, but this step would be costly and rule out any savings over the wet method.

Now, Kyung Byung Yoon at Sogang University in Seoul, South Korea, and colleagues have found a possible workaround in a copper silicate material dubbed SGU-29. It can capture carbon dioxide directly from humid flue gases without the need for dehydration.

Yoon’s lab had been investigating a titanosilicate (ETS-10) they had synthesised and noticed it captured carbon dioxide, albeit not that much. Comparing this uptake with a vanadosilicate (AM-6) the team saw a significant increase in carbon capture. Since copper-containing MOFs are well recognised as carbon capture materials, Yoon’s team wondered whether a copper silicate based on the structures of ETS-10 and AM-6 could be an optimal carbon capture material. 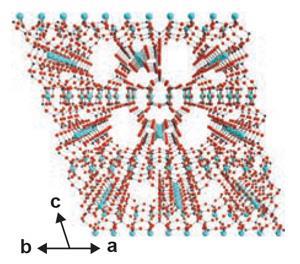 Stefano Brandani, who investigates carbon capture at the University of Edinburgh, UK, thinks the material is ‘very interesting’ but is sceptical and would like to test its kinetic response in his lab. ‘The material in the paper has the advantage of a lower heat of adsorption and apparently much faster kinetics at lower temperatures, but depending on the composition of the gas to be separated one cannot conclude that existing materials will not lead to a more economical process,’ he says.