Mixed US budget news for research

Congress comes together to produce a budget that rolls back dreaded across-the-board cuts, but doesn’t keep up with inflation 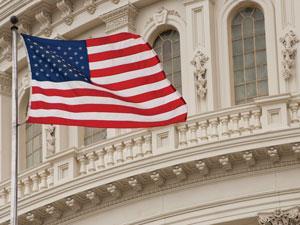 The US Congress has passed a budget for 2014 that reverses some of the automatic ‘sequester’ cuts that went into effect in March 2013 and increases the budgets of most science agencies. The funding, which science advocates describe as mixed news for US research, comes more than three months after the fiscal year began. The bipartisan deal, which passed the House of Representatives on 15 January, is expected to earn imminent approval from the Senate and President Obama.

Science groups have been upbeat about the budget, noting that many research agencies are set to recover more than half of the funding lost under the sequester. However, they note that the effects of the sequester are still being felt. The budgets of many science agencies were cut by 5% across-the-board and a subsequent 16-day government shutdown in October wreaked havoc on grant awards and review cycles.

‘I don’t think it fully repairs the damage that has already been done, but it is helpful in setting a course for the future,’ says Glenn Ruskin a spokesman for the American Chemical Society (ACS). ‘Hopefully, we will be able to have the funding predictability and sustainability going forward.’

Science groups also point out that the new 2014 budget looks significantly less rosy for research agencies when inflation is factored into the equation. Inflation is about 4% between fiscal years 2012 and 2014.

One of the agencies that fared badly is the National Institutes of Health (NIH), which is now $700 million (£428 million) below its original 2013 budget, before the sequester hit, and well behind where it was in 2012. The new 2014 budget gives the NIH nearly $30 billion, which represents a 2.3% cut from 2012, according to analysis by the American Association for the Advancement of Science (AAAS). The figure is, however, 3.5% higher than the current post-sequester level.

These blips are not conducive to the furtherance of research

In addition, the Environmental Protection Agency (EPA) and the US Geological Survey (USGS), both of which were targeted by Republicans in the House of Representatives, are also being squeezed. The 2014 package gives the EPA $8.2 billion, which represents a decrease of 4.5% from 2012, although it is about 3% above the agency’s current, post-sequester budget. In 2014, the USGS’s budget will be just over $1 billion, which is 3.4% below where it was in 2012 but nearly 2% higher than the current post-sequester level.

The National Science Foundation, however, has done considerably better under the funding bill. It receives $7.2 billion, which is a $300 million increase from its 2013 post-sequester budget and almost $200 million more than it received in 2012, according to the AAAS. Overall, the agency’s funding increases more than 4% from where it was in after the sequester cuts were applied in 2013 and 0.9% above where it was in 2012, the AAAS says.

Another big winner is the Department of Energy’s Office of Science, which is the nation’s largest supporter of basic research in the physical sciences. It receives $5.07 billion in 2014, an increase of almost 10% from current levels, and nearly 3% above the 2012 budget, according to AAAS.

Because the sequester cuts have disrupted scientists dependent on their grants and research agencies alike, science advocates are celebrating the fact that the new 2014 budget is expected to put an end to $65 billion in sequester cuts over a two-year period.

Nevertheless, in a survey of more than 3000 of its members last year, the ACS built up a worrying picture of the sequester’s impact. About 70% of those polled who were working in government said the sequester had led to conference and travel restrictions, along with 17% of those from academia. In addition, 47% of government responders and 30% of academic responders said the cuts had reduced support for existing projects, contracts, cooperative agreements and grants.

In addition, 22% of the survey responders from government reported the cancellation of planned projects, contracts, cooperative agreements and grants, compared to 13% from academia. Moreover, 13% and 6% of survey responders from government and academia, respectively, reported the cancellation of existing projects, contracts, cooperative agreements and grants.

Research advocates say the 2014 budget is a step in the right direction, but they caution that there’s a lot more work ahead, including achieving budget stabilisation. ‘Our members have told us that it is very expensive to shut something down, and even more expensive to start something up again,’ says Ruskin. ‘These blips are not conducive to the furtherance of research, and restoring half the sequester cuts to the scientific enterprise won’t be successful if we are continuing to whipsaw back and forth.’

However, many remain hopeful that the 2014 budget will set a new benchmark from which to rebuild with predictable and sustained funding. They are also cautiously optimistic that the bipartisanship involved in reaching this budget agreement signifies a new tone on Capitol Hill that is more cooperative and less obstructionist.