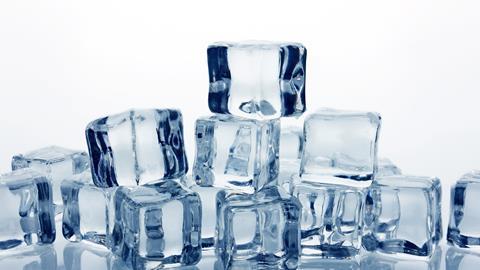 Mpemba effect in hot water after doubt cast on its existence

For years the observation that hot water freezes faster than cold water – named after Tanzanian schoolboy Erasto Mpemba who noticed the effect when making ice cream in the 1960s – was a widely accepted, albeit puzzling, scientific phenomenon. Explanations for why it occurred ranged from the effects of convection and evaporation to the nature of chemical bonds within water. But now a study that casts doubt on whether the Mpemba effect even exists1 has sparked debate among scientists, many of whom refuse to accept its conclusions.

Henry Burridge and Paul Linden at the University of Cambridge, UK, were fascinated by the Mpemba effect and began investigating it after a spate of publicity highlighted a number of theories that purported to explain just what was going on. But when they looked at the results from other studies alongside their own experiments, they concluded that there is ‘no evidence to support meaningful observations of the Mpemba effect’.

Water is a peculiar fluid, but we don’t believe the Mpemba effect exists in a meaningful way

‘By meaningful we mean repeatable observations that could be of some use in some scientific or industrial process,’ explains Burridge, an engineer and lecturer in fluid mechanics now based at Imperial College London in the UK. ‘If you go through the articles that publish data [demonstrating the effect] they [often] say that they weren’t able to get repeatable observations – they might do the experiment five times and observe the Mpemba effect once or twice for exactly the same starting conditions.’

Burridge’s interest in the Mpemba effect led him to a competition run by the Royal Society of Chemistry in 2012 that sought explanations for this counter-intuitive effect. ‘I genuinely thought that we would be able to observe the effect, and I was quietly confident that if we observed it we would be able to understand it,’ Burridge says. ‘I was so convinced that the first experiments I did weren’t designed to replicate [the original experiments], they were designed to maximise convection so that we could really understand it.’

As in previous studies, Burridge and Linden’s experiments involved observing water samples in controlled cooling conditions, and measuring the time it took to reach 0°C.

When they were unable to observe the Mpemba effect at all, they decided to look more closely at other groups’ results. They compared other teams’ observations mathematically – converting previous experiments to data points that could be plotted on a graph of the ratio of the heat difference between the hot and cold water in the experiment against the rate of heat transfer. For most studies that sat above a ‘Mpemba line’ – and therefore appeared to demonstrate the effect – they found there was a very small difference between the starting temperatures of the water samples.

Henry Burridge on the original data for the Mpemba effect

They then showed that these results could be heavily influenced by small variations in the experimental conditions. ‘All you have to do is have a 10% inaccuracy in your measurement of [the thermometer’s] height when you’re taking the water temperature… and you would falsely conclude that you had observed the Mpemba effect,’ says Burridge.

Their work also highlighted how exceptional the original numbers published by Mpemba and his mentor Denis Oborne in 1969 were. ‘They get water to start freezing from 90°C in about a third of the time they get room temperature water to,’ Burridge explains. ‘In 50 years no single person has ever managed to repeat anything like that data.’

But the pair’s damning conclusion has been met with opposition, as researchers are reluctant to accept that the Mpemba effect can be written off by a single study.

James Brownridge, a radiation safety officer at Binghampton University in the US who has been investigating the phenomenon for several years, said one major problem with the research was that Burridge and Linden defined the Mpemba effect as the time it took the water to cool to 0°C, rather than to freeze solid. ‘I agree with their conclusion that there is no Mpemba effect if we use this [definition],’ he says. ‘When warm and cooler waters are cooled to 0°C under identical physical conditions I have never observed warmer water cool to 0°C first.’

‘[But this] is far different than what I believe is the most generally accepted definition expressed in the scientific and popular literature… If the initially cooler water continues cooling to below 0°C without freezing there is a chance that the warm water will nucleate and begin to freeze first.’

He adds that in his experience, the Mpemba effect – defined as the hot water freezing first – can be observed when certain ‘microscopic conditions’, such as the presence of impurities in the water that act as nucleation points, are met.

Nikola Bregović from the University of Zagreb in Croatia, who won the Royal Society of Chemistry’s competition in 2013 with his explanation, agrees the way Burridge and Linden have defined the Mpemba effect is problematic. Like Brownridge, Bregović believes a phase transition from water to ice is an important part of the Mpemba effect, specifically the formation of the first ice crystal, which Burridge and Linden excluded in their definition. ‘In this way they excluded a very important aspect of the phenomenon,’ he tells Chemistry World.

He adds that the reason the effect is not observed in every instance is because it is extremely difficult to control all the relevant conditions. It doesn’t help, he adds, that lots of the reported Mpemba effect studies have been done using different experimental systems. ‘Even the slightest details can play the decisive role on the conclusion drawn from the results, which I have learned doing similar measurements myself,’ he says.

Bregović insists that while he admires Burridge and Linden’s efforts, particularly in reviewing the available studies and taking others’ results into account, he is ‘still convinced that hot water can freeze more quickly than cold water – ensuring all other properties of the samples are the same. I don’t believe the results presented in this work proved the opposite’.

Chang Qing Sun from Nanyang Technological University in Singapore, whose group published an explanation for the Mpemba effect based on the effects of hydrogen bonds within water molecules2 in 2013, goes a step further with his criticism. He calls the new work ‘misleading’ and claims the authors ‘collected negative observations to support their bias’. He adds, however, that he is in favour of the study being published as it will stimulate further discussion on the subject.

Burridge says that although he stands behind his conclusions, he still thinks Mpemba and Osborne’s work tells a wonderful story, and hopes that it will continue to inspire the next generation of scientists. ‘Water is a peculiar fluid, but we don’t believe the Mpemba effect exists in a meaningful way,’ he laments. ‘It would have been far more exciting to conclude that it was true.’