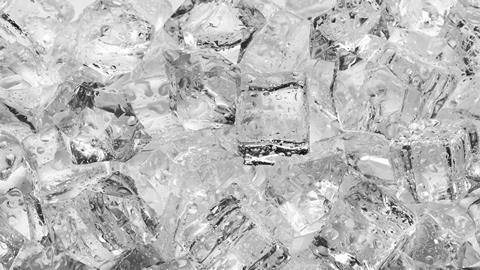 The Mpemba effect, where hot water – sometimes – freezes faster than cold, is both strange and controversial as scientists have struggled to explain it. Now Spanish researchers have found that the Mpemba effect might occur if particles have very different kinetic energies – a hidden property called kurtosis that is influenced by how the sample was treated before an experiment.

Evaporation, supercooling and hydrogen bonding have all been suggested as explanations for the phenomenon observed in 1963 by 13-year-old Erasto Mpemba. But nobody has come up with a conclusive solution yet. Some researchers have disputed that the effect even exists.

The Mpemba effect: fact or fiction?

A team led by Andrés Santos from the University of Extremadura discovered that the Mpemba effect depends not only on a sample’s initial temperature but also on kurtosis. This parameter describes how different a particle’s kinetic energy is from the mean value – the mean value being what is measured as temperature.

Kurtosis is difficult to quantify and can be influenced by how a sample was treated before the start of an experiment. For example, a beaker of water might experience a brief period of increased or uneven heating or cooling, imparting more energy into some of the molecules than others.

But rather than dealing with water and all its peculiarities, Santos’ team studied a simplified theoretical granular fluid system. It consists of smooth hard spheres that lose most of their kinetic energy when they collide.

In two samples of a granular fluid with the same initial temperature, ‘the one that has a larger dispersion will cool down more quickly because the particles collide more frequently with each other, losing kinetic energy more quickly’, Santos explains, although he adds that it is ‘a very subtle effect’.

The team’s calculations also show that a reverse Mpemba effect could be possible – a cooler sample might heat more quickly than a warmer one. However, Santos says that he doesn’t like to extrapolate without further examination. ‘We are not claiming that this solves the puzzle of the Mpemba effect,’ Santos points out. ‘[But] this may explain the elusiveness, controversy and replication problem surrounding [it].’

‘It’s a very interesting study,’ says Zhiyue Lu, a postdoctoral researcher at the University of Chicago, US, who also published a study on the Mpemba effect earlier this year.2 However, whether Santos’ simulations extend to water is up for debate. ‘I cannot compare those simulations with real-life experiments,’ says Misako Aida, a computational chemist from the University of Hiroshima, Japan. Observations on a granular fluid aren’t relevant for explaining the effect in water, she adds.

Santos’ team will now look at a more complex system theoretically and even investigate the effect experimentally, in a granular gas. Lu says that knowing how the effect works could be important for industrial applications where large amounts of liquids need to be cooled. ‘Do you first heat it up and then cool it down or just directly cool it down? The Mpemba effect is much more important than just explaining the effect in water,’ he says.