MPs call for a bridge over ‘valley of death’ 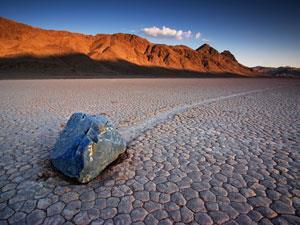 A lack of government support is letting down UK entrepreneurs, MPs warn in a new report. They call for a ‘coherent’ government strategy to help businesses bridge the gap between concept and commercialisation, dubbed the ‘valley of death’.

‘British entrepreneurs are being badly let down by a lack of access to financial support and a system that often forces them to sell out to private equity investors or larger foreign companies to get ideas off the ground,’ said Andrew Miller MP, chair of the science and technology committee, which published the report. This means that small companies never get the chance to develop into the medium-sized enterprises that would produce jobs and wealth.

The committee heard evidence that other types of funding are increasingly unavailable. Regulations to protect pension funds have inadvertently closed off a source of capital for firms that need time to develop technologies. And despite government schemes to encourage bank-lending to business, entrepreneurs were often required to provide family homes as security.

‘The government needs to look at how it can provide the infrastructure to support innovation by ensuring small technology firms have access to finance, facilities and advice,’ notes Miller. For example, it should seek to develop the market in technology equities. The committee also recommends that public procurement by organisations like the NHS be used to support small- and medium-sized enterprises (SMEs).

However, a Department for Business, Innovation and Skills (BIS) spokesperson defended the government, pointing out that it is investing £1.2 billion over three years through the Technology Strategy Board to support business-led innovation, with £250 million funding Catapult Centres to bring new technologies to market. It also recently announced that the Biomedical Catalyst, a programme to bridge the ‘valley of death’ in biomedical sciences, will provide £47 million for new projects.

Tim Crocker of the SME Innovation Alliance believes that the problem is not so much a lack of government support, but a lack of understanding behind the support which makes it ineffective. For instance, he says, ‘it is relatively easy to access advice, but the quality of that advice is normally mediocre at best’.

Crocker is also concerned that government assumes all technology is transferred from universities where it is turned to businesses. ‘The UK suffers in a way that appears unique in the developed world, in that there is a virtual one-way street from university to industry, with no way back. The UK would benefit massively if a means were found to make this a two-way street again.’

In the US evidence suggests government supports R&D until far later in the cycle, Crocker says, and commercial finance only takes over when the firm makes a profit. The Germans and Swiss, meanwhile, have very different banking systems where banks may take equity stakes, and where there are direct industry-to-industry lending measures. ‘There are lots of lessons that can be learned, but they cannot simply be imposed in the UK without wider reform of our financial system,’ he points out.

Charles Heymann of the Confederation of British Industry believes that while the UK has a history of excellent academic research being commercialised elsewhere, things are changing. ‘Two or three years ago, industrial strategy was not on the government agenda. BIS is rolling out a series of industrial “roadmaps” over the coming months for different sectors – so the wheels are starting to turn. But to keep pace with our competitors, we need to go through the gears quicker.’

Beck Smith, acting director of the Campaign for Science & Engineering, agrees with the need for a coherent strategy, but stresses that a long-term vision for the research base is required. She recognises that the government has tried to replicate other countries’ best efforts in bridging the valley of death with initiatives such as the Catapult Centres, modelled on Germany’s Fraunhofers, and the Small Business Research Initiative, modelled on as similar US programme. But she adds: ‘However, while the mechanisms are comparable, the funding levels are not and this is going to limit their impact.’