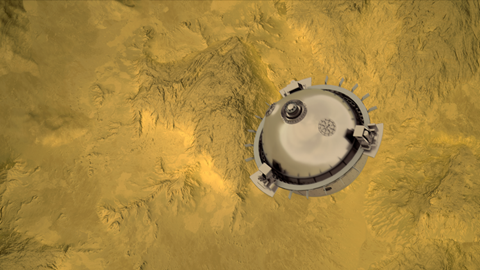 Despite Earth and Venus being a similar size and distance from the sun, only one has oceans that teem with life, while the other is utterly inhospitable – shrouded by clouds of sulfuric acid with a surface hot enough to melt lead. To understand why the two planets are so different, and whether Venus was ever habitable, Nasa plans to send a suite of modern chemistry instruments aboard a probe in 2029. This will be the first such mission to enter Venus’s atmosphere in more than four decades.

Venus’s atmosphere is almost entirely composed of carbon dioxide, and its atmospheric pressure is more than 90 times that of Earth’s. In spite of this unpromising environment, researchers have hypothesised that Venus may once have supported life. Scientists leading the Davinci (deep atmosphere Venus investigation of noble gases, chemistry and imaging) mission hope the mass spectrometry equipment that will be tucked away inside its titanium sphere will reveal Venus’s mysterious past by analysing its atmosphere.

The mission’s orbiter will fly by Venus twice to observe the planet and its cloud dynamics in unprecedented resolution, using both infrared and ultraviolet imaging. A suite of cameras will analyse the planet’s surface using near-infrared radiation. These images are expected to offer clues to how ancient oceans might have shaped Venus’s crust. Then, Davinci will drop its probe, and make in situ measurements of the planet’s atmospheric composition.

‘We’re very excited that we’re bringing next-generation instrumentation to bear on some of the gaps in our understanding of how Venus works, and whether it was a neighbouring ocean world in its past,’ says Stephanie Getty, Davinci’s deputy principal investigator.

One of the key scientific instruments onboard the Davinci probe is what Nasa describes as a ‘briefcase-sized chemistry lab’ known as the Venus mass spectrometer (VMS). The VMS system contains inlets that will collect gases from the Venusian atmosphere, some of which will be directly analysed by a quadrupole mass spectrometer, which acts as the instrument’s ‘nose’.

‘VMS will be taking in gas molecules and measuring their relative molecular mass in situ, so it is a real sample of the atmosphere, and it will measure as it goes down,’ says David Rothery, a planetary geosciences professor at The Open University in the UK who is not involved in the project. ‘This has got to be much more reliable than doing it by remote sensing from orbit.’ 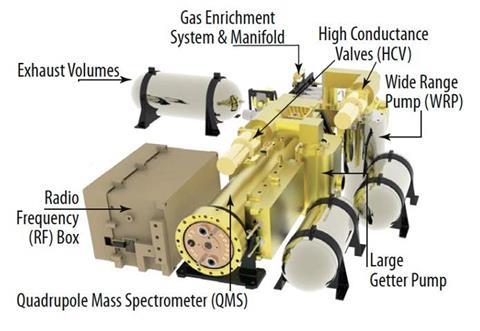 The Venus mass spectrometer will be able to sample gas during the probe’s descent, analyse it, and provide information on the chemical composition of the Venusian atmosphere

The mission will probe not only Venus’s supercritical carbon dioxide layer that is thought to be a few kilometres deep at the surface, but also will be able to examine the chemical exchange occurring at the planet’s atmosphere and surface, Getty explains.

Davinci’s sensitive instrumentation should enable the search for new compounds too. ‘It’s really wonderful for being able to discover new trace species,’ Getty says. ‘We will refine what we know about the chemistry that has been measured with prior instruments.’ She expects to find, for example, sulfur-bearing compounds not previously observed.

The mission will also be able to search for the noble gases and their isotopes. While prior missions have measured the first four on Venus with some precision, Davinci will be the first to measure xenon. As noble gases are unreactive and stable, they can be used to elucidate processes that happened long ago on Venus.

Beyond VMS, Davinci’s probe will also include the Venus tunable laser spectrometer (VTLS) that will provide very precise measurements of specific compounds in the atmospheric gases. ‘For example, we will look at the deuterium to hydrogen ratio, and this is incredibly critical for understanding the loss of water over time on Venus,’ Getty says. Venus had oceans that may have lasted for several million years, so it is important to understand how much water was on the planet and when it was lost.

Davinci might also be able to solve a mystery. In September 2020 phosphine was detected in Venus’s upper atmosphere. The researchers who discovered the phosphine suggested it could be a sign of life, but others argued that it might be a data artefact.

As the probe descends to the planet’s surface, the VMS and VTLS will measure trace gases, looking for, among other things, possibly phosphine. ‘There are plausible mechanisms for phosphine to be present, even in an abiotic sense, and so we can look for the presence of some species, including oxides of phosphorus, as we descend with VMS,’ Getty tells Chemistry World. ‘We’ll be considering the science priority of the possible addition of a capability on VTLS that would be more sensitive to phosphine than the VMS instrument alone.’

Rothery points out that there are indications of volcanic activity on Venus, and he says those could be the source of the phosphine. Davinci will provide a better picture of the planet’s volcanic past by looking, for example, for signs of recent eruptions on its surface, he notes.

If phosphine is present at all in the Venusian atmosphere it’s likely in minor trace amounts, according to Rothery. ‘I am sure they will try their damnedest, phosphine is a molecule of interest, but it might be below detection limits,’ he says.