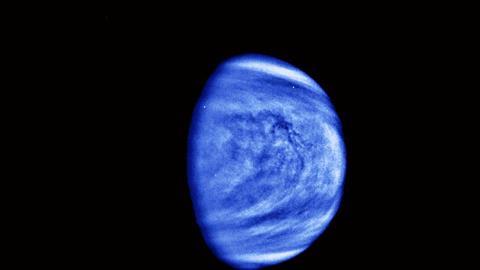 Claim that there’s phosphine on Venus comes under intense scrutiny

The discovery of phosphine in the clouds around Venus in September left the world wondering what could explain its presence. Phosphine might even mean life, as there’s no process to explain why it would exist on this planet. Following the discovery, teams of researchers worldwide are now investigating whether this is the start of a new chapter in astrochemistry – or even exobiology – or simply a data artefact.

Either we don’t understand phosphorus or phosphine chemistry and Venus’s atmosphere, or there’s some life

Phosphine (PH3) is found here on Earth, as well as on the Solar System’s gas giants. Deep within Jupiter and Saturn, high temperatures and extreme pressures combine to create phosphine spontaneously. The reducing atmosphere of these giant planets means this compound can not only form, but also persists. On Earth, however, phosphine is a byproduct of the decomposition of organic matter – humanity also synthesises it for use in the semiconductor and plastic industries. Given the oxidising atmosphere found on many rocky planets, such as the Earth, phosphine quickly breaks down, but is replenished by organic processes. This has led astrochemists to conclude that phosphine could be a proxy for life as its synthesis via other processes on rocky planets is considered unlikely. This is why the detection of phosphine in the upper atmosphere of Venus two months ago by a team of scientists led by Jane Greaves caused such excitement.

‘If the phosphine detection is real, either we don’t understand phosphorus or phosphine chemistry and Venus’s atmosphere, or there’s some life. It’s intriguing,’ says David Rothery, professor of planetary geosciences at The Open University, who was not involved in the study. 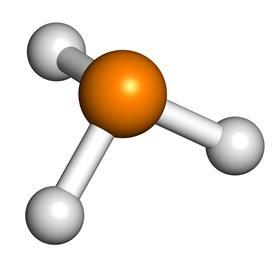 The simple molecule at the heart of the debate

Greaves’ team analysed data from the Atacama Large Millimetre/submillimetre Array (Alma) telescope and the James Clerk Maxwell Telescope (JCMT). Both telescopes observed emissions from Venus’s atmosphere at a wavelength of about 1mm, identifying the fingerprints of a number of molecules. The team discovered phosphine at levels approaching 7ppb throughout the mesosphere of the planet. Multiple tests confirmed that the signal was phosphine and not any other molecule.

Rakesh Mogul, a professor of biological chemistry at California State Polytechnic, Pomona, was intrigued by these results. ‘It seemed a little controversial, because [phosphine] is not the most stable of molecules and Venus’s atmosphere is considered to be mostly oxidative. So, phosphine should not live in that atmosphere very long and it should not be detected by remote observations,’ he says. Mogul and his team used a different dataset, however, to assess whether there was indeed phosphine in Venus’s clouds – one that’s over 40-years-old.

In 1978, Nasa’s Pioneer Venus Multiprobe was launched. As Pioneer approached Venus, it spat out five different probes. The largest entered the atmosphere where its neutral mass spectrometer collected data on its composition. Mogul’s team has now re-analysed this data. ‘We immediately found evidence for atomic phosphorus. We looked through the literature and didn’t find any mention of phosphorus in that [older analysis of the] mass spectrometry data. So, either they just didn’t believe it, or they just skipped it.’ Even though the team confirmed phosphorus in Venus’s atmosphere, Mogul says that he cannot confirm that it is phosphine because the signal they discovered could be other, similar molecular species. ‘We really thought that we could help confirm [Greave’s findings]. Right now, we’ll probably take a tiny step back. I think the data is suggestive of phosphine,’ he adds.

Other scientists are sceptical and some do not think there is any phosphine to be found in Venus’ atmosphere. So far, there are three papers that challenge the original findings that are awaiting peer review.

A team around Geronimo Villanueva, at the Nasa-Goddard Space Flight Center, and another one around Ignas Snellen, at the University of Leiden, have separately reanalysed the data used in the original paper, and found no robust statistical evidence for phosphine in Venus’s atmosphere. Mark Thompson at the University of Hertfordshire, also performed an independent reanalysis of the original JCMT data to assess the statistical reliability of phosphine detection, and found no significant evidence for phosphine. In another preprint, however, Therese Encrenaz at the Paris Observatory and colleagues used a different approach. They analysed data from Nasa’s InfraRed Telescope Facility at the Maunakea Observatory in Hawaii and did detect phosphine – although the signal was four times smaller than the one reported by Greaves’ team.

Staff at ALMA have also detected minor software issues with the original dataset, which could have affected the results. They have just made the newly processed Venus ALMA data available. Researchers are now examining these datasets again, interrogating them to check for the presence of phosphine.

Greaves and her team have already examined the new data. In another preprint, her team report that the republished data suggests a weaker phosphine signal. Instead of 7ppb just 1ppb. The researchers, though, still consider this finding ‘reasonably secure’.

So, is there phosphine on Venus or not? The simplest answer, scientists say, is that it’s just too soon to tell.