Is there life on Venus?

Or just chemistry we don’t quite understand yet?

The news that phosphine has been detected in Venus’s upper atmosphere elicited great excitement among inorganic chemists last week (Nat. Astron., DOI: 10.1038/s41550-020-1174-4). Oh, who am I kidding? The paper, with its live-streamed press conference, column inches and Sky at Night special, generated excitement among almost everyone as the gas’s presence could be evidence that life exists in the planet’s skies. 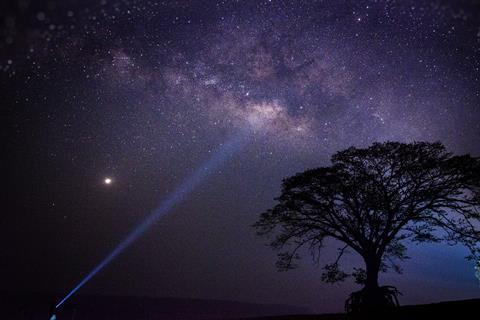 Is the truth out there?

The otherworldly idea isn’t quite as out of this world as it might appear. Phosphine, PH3, shouldn’t really exist in the atrocious sounding conditions of Venus’s atmosphere, with its thick carbon dioxide and sulfuric acid. The phosphorus would be oxidised to phosphate or phosphoric acid, as most of it is here on Earth. Yet there it is, and at levels around 20 parts per billion – making it less common than, for example, neon in our atmosphere at 20 parts per million – that although low mean it must be being replenished.

But how? Well, that’s the million dollar question – or perhaps billion dollar, given how much it costs to send missions to other planets these days. The reason phosphine has previously been suggested as a biomarker for life on other rocky planets, and was searched for on Venus for this study, is that there’s no known way to produce it abiotically – volcanoes, lightning strikes and even meteorites are all ruled out.

There are microbes – and chemists, who also count as living beings, to a certain extent – here on Earth producing phosphine, so maybe there are similar bugs on Venus too. The idea that the higher elevations of the Venusian atmosphere might be hospitable enough for life has been suggested before, notably by Carl Sagan and Harold Morowitz in 1967.

One of the ever-quotable Sagan’s most famous sayings of course is that ‘Extraordinary claims require extraordinary evidence’. The claim of life on other planets is about as extraordinary as they get, and one which the scientists behind the paper are very careful not to make – unlike the majority of journalists covering the story. In the paper’s concluding paragraph, the scientists ‘emphasize that the detection of PH3 is not robust evidence for life, only for anomalous and unexplained chemistry’.

I’m all for explaining anomalous chemistry – check out the rest of the magazine if you don’t believe me – especially when it comes to other planets whose atmospheric chemistry we don’t completely understand yet. So I’m looking forward to the same breathless rush from the world’s media to cover whatever the addition to our understanding of phosphorus chemistry and planetary science this will probably turn out to be. My money’s on chemistry, not little green microbes.