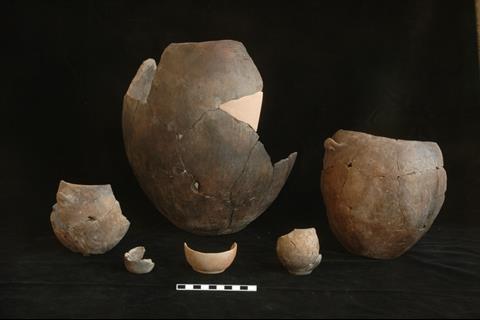 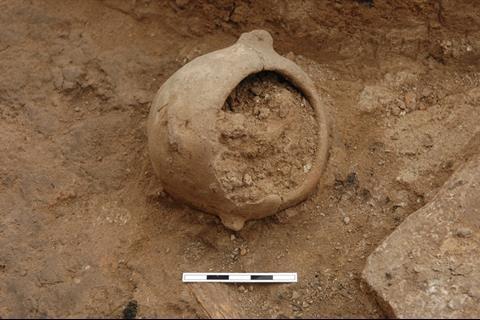 A complete neolithic pot found in at the Çatalhöyük site 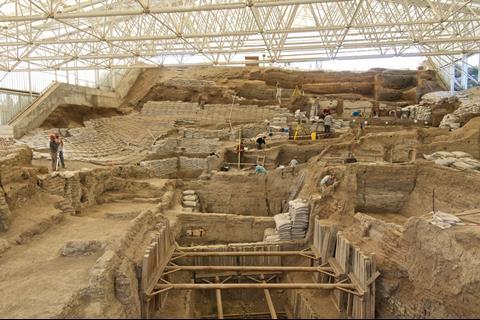 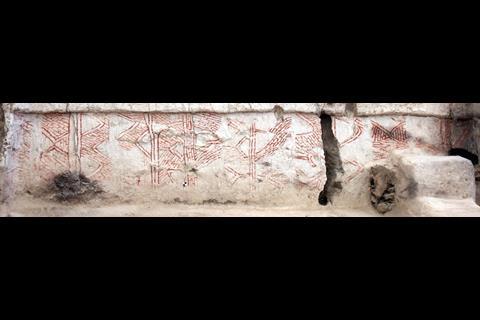 Food residues found in ancient pottery vessels provide a record of the climate change event that triggered an early farming community’s downfall. It’s the first time these types of biomarkers have been used to create a paleoclimate record at an archaeological site.

Around 8200 years ago, the Earth experienced a sudden drop in temperature. For the inhabitants of Çatalhöyük – a Neolithic town in what is now southern Turkey – this meant colder winters and drier summers for a period spanning 160 years. These tougher conditions drove changes in farming and food preparation activities, construction methods, and eventually led to the settlement’s collapse and abandonment.

Today, Çatalhöyük is a Unesco world heritage site where well-preserved remains and artefacts are scrutinised by numerous research teams aiming to understand the lives of the people who lived in there. Now, one group of scientists has found a new way to track historic weather patterns at the site using biomolecules from food residues found in excavated cooking pots.

The composition of hydrogen isotopes in rainwater varies with climate. As this water feeds plants and, in turn, grazing animals, it leaves its mark in foodstuffs. With this in mind, the team led by Mélanie Roffet-Salque of the University of Bristol, UK, analysed fatty acid compounds preserved in pottery vessels from Çatalhöyük.

‘The real novel aspect of this work is the fact that the pots are used to process the tissues from many animals that have grazed on millions of plants and engaged in thousands of drinking events – thus we have a wonderful average precipitation signal,’ explains Roffet-Salque.

The presence of palmitic and stearic acids revealed that the samples originally derived from animal fats, while the relatively low proportion of oleic acid – the major fatty acid in fresh animal fats – verified the archaeological nature of the materials.

Isotopic analysis of aliphatic hydrogens in stearic acid molecules showed a distinct signal for the duration of the climatic event. The findings provide local confirmation of the shifting weather patterns that were previously inferred from ocean, lake and peat records from distant sites.

‘It’s impressive that paleoclimatology in general is coming up with really interesting ways of looking at biomarkers and other kinds of climate proxies like this,’ says Yale University’s Joe Manning, who studies the impact of changing environments on ancient societies. ‘I think it’s really imaginative and presumably can be expanded in other places.’

Bone fragments and architectural ruins at the site reveal the extent of changing societal behaviours in response to the changing climate. Farmers’ focus shifted from cattle to goats, which were easier to sustain in colder winters, while there is evidence of improving butchering skills – suggestive of food scarcity and peoples’ need to get the most out of their resources. The layout of buildings also appears to change, moving from larger communal dwellings to smaller more isolated buildings. As the crisis period continued, the town rapidly shrunk and was ultimately abandoned.

The research shows that even minor shifts in climate can have a surprising impact on societies and has lessons for the present day. Roffet-Salque points out that in the UK this year, the unusually dry summer affected the way farmers managed animals and harvested crops. ‘If this carries on for many months or even a couple of years, the impact could be considerable,’ she adds.

‘What drives human societies to change or to move is still controversial. But it’s becoming increasingly clear that things like major droughts are significant drivers,’ agrees Manning. He is excited about what multi-disciplinary studies like this mean for scientists’ ability to analyse events of the past. ‘The great challenge in the next decade is how to integrate historical, archaeological and climate data to tell new kinds of historical stories,’ he says. ‘I think we’re just at the beginning of this kind of work.’