The 2022 Nobel prize in physiology or medicine has been awarded to Swedish geneticist Svante Pääbo for research on the evolution of present-day humans.

The Nobel committee awarded Pääbo the medicine Nobel prize ‘for his discoveries concerning the genomes of extinct hominins and human evolution’. He is credited with sequencing the genome of the Neanderthal and also discovering a previously unknown hominin – the Denisovans.

Source: © The Nobel Committee for Physiology or Medicine/Mattias Karlén

The world was populated with other species of humans when modern humans, Homo sapiens, migrated out of Africa 70,000 years ago. Traces of the DNA of these ancient human species have been discovered in populations across Europe and Asia

Pääbo is based at the Max Planck Institute for Evolutionary Anthropology in Leipzig, Germany, a research centre that he founded in the late 1990s. His research spawned the new field of palaeogenomics, where modern techniques are used to study preserved genetic material from ancient biological remains. 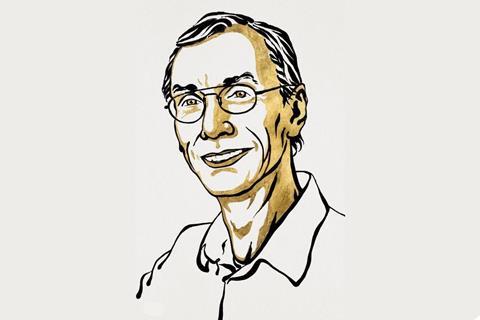 Studying ancient DNA is difficult as the molecules break down over time, degrading into small fragments. But Pääbo’s team in Leipzig developed methods to extract more information from the ancient samples, which enabled them to piece together entire genome sequences of extinct hominins. Pääbo published the first complete Neanderthal genome in 2010.

Pääbo’s research has provided new understanding of the history of human evolution. For example, it has been shown 1–4% of the genome of modern-day European and Asian humans originates from the Neanderthals, while up to 6% of the genome of people from some parts of south-east Asia and Melanesia contains Denisovan DNA.

These insights have helped scientists gain a clearer picture of the history and migration of different human ancestors. They also contribute to medical knowledge, for example some Neanderthal genes present in modern-day humans can affect the body’s response to certain infections, while one Denisovan gene is known to boost survival at high altitudes.