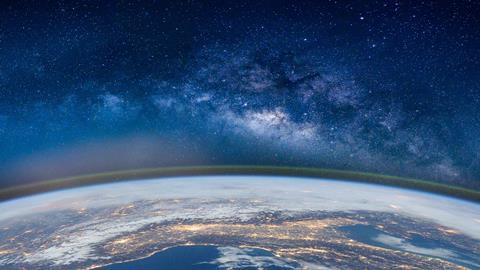 Newly identified greenhouse gas with no known use an ‘early warning’

Researchers from the Advanced Global Atmospheric Gases Experiment (Agage) network believe the ‘unexpected’ emissions of three HCFCs are by-products from other processes. This means that there are no public inventories or emission reports available for them. The Agage team says that this highlights a weakness in the Montreal Protocol – a major international treaty to phase out ozone-depleting substances, which is credited with helping to reverse much of the damage caused to the ozone layer in the 20th century.

‘These three HCFCs, they have no known use in the world,’ says Martin Vollmer from the Swiss Federal Laboratories for Materials Science and Technology (Empa), who led the project. ‘There is no so called end-use application that we know of in refrigeration, or foam blowing, or as solvents or fire retardants or something like that – it’s rather curious.’

Vollmer explains that two of gases, HCFC-133a and HCFC-31, are known compounds that are likely produced during the manufacture of refrigerants. ‘HCFC-133a is almost certainly an intermediate product on the way to make a famous refrigerant, HFC-134a – that’s used in enormous quantities in the world, particularly in stationary air conditioning refrigerants, but up to a couple of years ago also in mobile air conditioning in cars.’ Meanwhile, HCFC-31 is probably formed during the production of the refrigerant HFC-32.

‘In both cases, you start with some highly chlorinated molecules and, in a nasty process, you bombard these with hydrofluoric acid [in] catalytic reactions,’ says Vollmer. ‘And so you basically kick out the chlorine and replace them with fluorines – and if you don’t fully do that, you have these chemicals that have both chlorine and fluorine in it, which are these HCFCs.’

The third gas that Vollmer’s team identified, HCFC-132b, had not previously been detected in the atmosphere, although it is likely produced in a similar way to the other two compounds. The Agage team first spotted it in 2015, but by analysing archived air samples they determined that it first appeared in the atmosphere in the late 1990s. ‘Our Australian colleagues have collected air in canisters since 1978, and they’re storing this air like you store old wine,’ says Vollmer. ‘And so once we discovered 132b we went back and re-measured these old air samples, and that’s how we could come up with this long history.’

Around 95% of the HCFC-132b emissions and 80% of the HCFC-133a emissions appear to come from sources in east Asia. Smaller emissions of the two compounds originating from south-eastern France stopped abruptly in early 2017 at the same time that a fluorocarbon factory near Lyon closed down. Vollmer notes that this is another big indicator that emissions of the gases are linked to the production of refrigerants.

Other studies have also just revealed a decline in atmospheric levels of CFC-11, one of the most significant ozone-depleting substances. This success was attributed to a clamp down on illegal production of the material, which was used as a propellant in aerosol cans, a refrigerant and as an insulating agent in building materials – uses that are forbidden under the Montreal Protocol.

But while the Montreal Protocol provides an effective way to regulate the manufacture of ozone-depleting substances, Vollmer says that it ‘is only vague and unfocused on intermediates, or by-products, or even feedstocks’. He hopes that the Agage team’s findings will encourage policymakers to tighten controls on these types of emissions before they can cause more damage.

‘If you look at the pure numbers, these emissions on a global scale are in the order of around three or four thousand tonnes per year – 4000 tonnes of something that shouldn’t be there at all is a lot,’ says Vollmer. ‘This should be like an early warning system where we should say, “Hey, look at this, we found these compounds, and we should be cautious to not have enormous emissions of those.”’

‘This adds yet another new greenhouse gas to the already wide spectrum of man-made contributions to the atmosphere. In addition, this particular one is an HCFC and therefore also harmful to the life-protecting ozone layer,’ says Johannes Laube, an atmospheric chemist based at the Jülich Research Centre in Germany, who was not involved in the project. ‘Emissions have been on the rise for some years, and the main sources, like for so many other similar compounds, can be pinpointed to east Asia – which is no surprise given the prominence of the chemical industry there.’

‘The exact source processes, not only for the new one but also for the other two for which updates are reported here, remain a mystery – though there are some strong hints that they might be related to the production of some common fluorinated gases used [for example] in air conditioning and refrigeration,’ adds Laube. ‘Given the low abundances of these three gases this is still an early warning, but we might not want to wait until they contribute a lot more to both global warming and the ozone hole.’