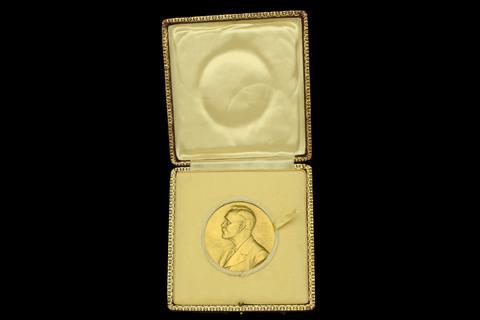 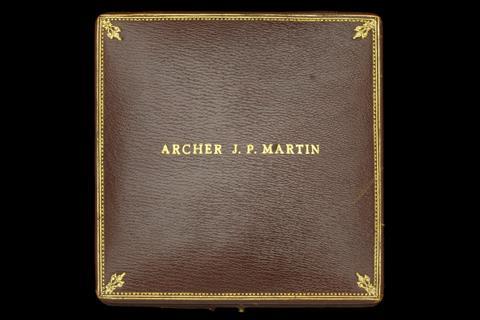 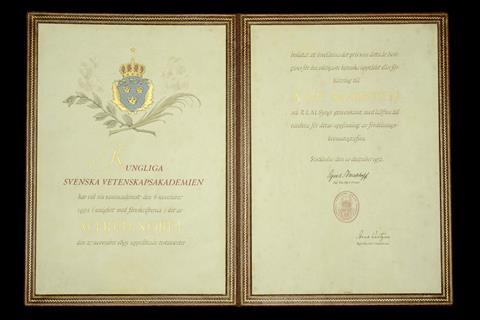 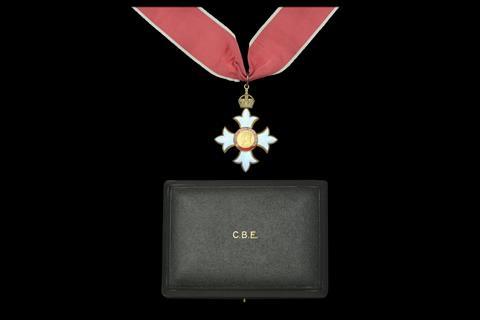 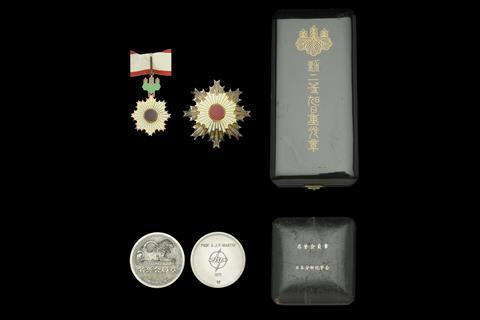 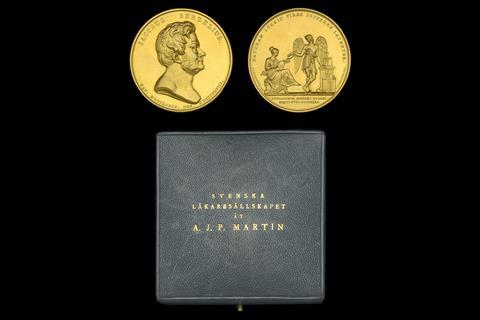 The Nobel prize medal awarded to British chemist Archer Martin in 1952, alongside Richard Synge for the invention of partition chromatography will be sold by his family via the London-based auctioneer Noonans on 2 February 2023. It is anticipated that the medal will bring in between £100,000 and £150,000.

Martin’s road to the development of partition chromatography began during the second world war. As he suffered with stomach ulcers he was allowed extra milk rations as it was thought to act as an anti-inflammatory agent. However, when this remedy later became ineffective he discovered that pasteurisation techniques had changed, leading him to work with unpasteurised milk. Martin then separated the constituents in milk using chromatography techniques he developed and identified the active ingredient in whey, which he then concentrated. He convinced various companies to test the extract, which was found to calm inflammation. Martin and Synge went on to develop this technique for gas mixtures, as a means to determine their composition.

Martin died in 2002, but his scientific legacy is significant. The technique that he and Synge developed is still used to test for drugs in human blood, urine and breath, among other things. ‘Archer, a teetotaller, was amused to realise his work had made possible the breathalyser,’ Noonans noted.

Other awards won by Martin will go on sale at the same time. They include his CBE, the Japanese Order of the Rising Sun and the Royal Society Leverhulme Medal.

Earlier this year, the auctioneers also sold the chemistry Nobel prize medal of Walter Kohn, who won his award for work on density functional theory in 1998 and passed away in 2016. In January, Kohn’s medal fetched $457,531 (£370,000).