US drug company AbbVie has persuaded Hampshire-based, Irish-headquartered Shire to enter a £32 billion mega-merger after a persistent pursuit. The deal was seen as attractive for AbbVie partly because the enlarged firm will cut its US tax bill.

The merged company is to be incorporated in Jersey but domiciled in the UK for tax purposes, reducing the tax it will pay on future overseas earnings. But the practice of moving to a lower-tax country by combining with another company, called tax inversion, has been criticised by US President Barack Obama. He scolded American companies for ‘gaming the system’ by relocating their headquarters to avoid taxes in the US, labelling such firms ‘corporate deserters’. 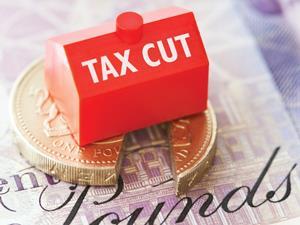 AbbVie chief executive Rick Gonzalez has said that tax was clearly a benefit, but a tax inversion was not the primary rationale behind the deal. Shire was seen as attractive partly because of its rare disease portfolio. Shire’s biggest selling product is the attention deficit disorder drug Vyvanse (lisdexamfetamine).

Gonzalez stressed the importance of global cash flows and being able to make investment all around the world. ‘Today we are at a disadvantage versus many of our foreign competitors and, in my personal opinion, that is the important debate that we should be having around inversion and all aspects of the US tax code,’ he said during a conference call.

Erik Gordon at the University of Michigan says the US tax system is peculiar, in that it taxes worldwide income at a very high US tax rate. ‘If you are AbbVie and you expect to have a lot of your growth in Asia or Eastern Europe, those sales are going to be taxed very highly unless you are willing to leave the money overseas. And you are going to be competing with UK, Irish and French companies with a lower tax rate.’

This was not a big problem when US companies derived most income from their home market. But in recent years, more and more sales are outside the US, and that will only grow, says Gordon, who believes the pharma sector has reached a tipping point.

‘Some members of Congress see this as an unpatriotic tax evasion, but hopefully other members will see this as a reaction to uncompetitive US tax law,’ he says. Despite some emotional reactions from senators such as Carl Levin and Richard Durbin, and calls for legislation banning inversions, Gordon predicts that lawmakers will eventually see sense and be more reasonable.

Gordon predicts that the tax inversion trend will continue. Several deals with an inversion element have been attempted or succeeded in the last few months, including Mylan, which agreed to buy Abbott’s branded speciality and generics business in developed markets outside the US in a deal worth $5.3 billion (£3.1 billion). As well as boosting Mylan’s product range, the deal allows the new company to reincorporate in the Netherlands and cut its tax bill.