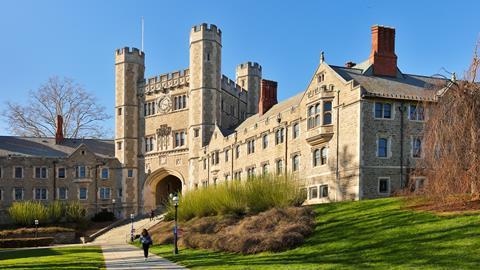 Princeton University has agreed to pay a fine for 37 export violations related to controlled strains and recombinant animal pathogens sent to foreign research facilities in 15 countries, including China and the UK. The university has settled with the US Commerce Department for $54,000 (£38,128), and it has also agreed to conduct external and internal audits of its compliance with regulations, the US Commerce Department’s Bureau of Industry and Security (BIS) announced earlier this month.

As the various strains and recombinants of animal pathogens were classified and controlled for chemical and biological weapons reasons, and valued at approximately $27,000 in total, an export licence was required to transfer them outside the US. However, Princeton failed to seek or obtain such a licence, according to BIS.

The dozens of export violations – which apparently took place between November 2013 and March 2018 – are a reminder to universities and other research institutions to consider export-controlled activity when communicating about their work, according to Thad McBride, who runs the international trade group that covers exports and economic sanctions at the Nashville, Tennessee-based law firm Bass, Berry & Sims.

Not only exports of physical goods and materials such as chemicals and precursors are subject to US export control law, but also any related technology. ‘It is really easy, when talking to a colleague at your institution – who happens to be from a different country – about technical details, to not realise that the conversation could constitute an export violation,’ McBride explains. ‘That is the easy miss for universities and other research institutions.’ Even talking about technical issues with colleagues who are foreigners might require a BIS licence.

In this case, McBride notes, Princeton got caught up in violations involving a physical export, and not the sharing of technical data. ‘The lesson for universities and research institutions is that lots of stuff that you are involved with, even those things that aim to assist humanity and cure disease, can still be subject to export licence violations even when doing business with our allies, with collaborators in countries with which we have very close trading relationships.’

McBride says it doesn’t appear that national security was jeopardised in this case, and he suggests that is probably one of the reasons that the penalty was relatively small.

‘Given how complicated the US export control laws are, and given the nature of research institutions – especially research universities – there are probably violations all the time that we and the Commerce Department don’t become aware of,’ he tells Chemistry World. ‘The penalties can be huge, depending on the extent to which there is a threat to national security and the number of violations.’

If Princeton fails to meet its reporting obligations under the settlement agreement, the university could end up with a much more significant penalty, says McBride.