Biosafety blunder as US sends live anthrax to labs around world 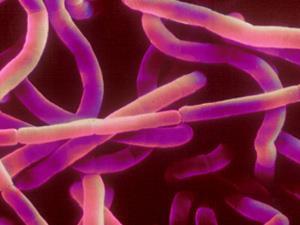 Potentially lethal anthrax bacteria were sent to labs around the world

New revelations that the US Department of Defense (DOD) accidentally shipped live anthrax samples to at least 24 labs in 11 states and two foreign countries has prompted an influential congressional committee to demand answers by 5 June. Before this incident, the US House of Representatives’ energy and commerce committee announced on 19 March an expansion of its investigation into the safety of federal labs, specifically for dangerous toxins and pathogens such as anthrax.

That committee, which oversees public health and the Centers for Disease Control and Prevention (CDC) and the Department of Agriculture’s toxins and pathogens programme, has requested a review by the congressional Government Accountability Office. This follows several recent, highly publicised lapses in the management of dangerous pathogens at government labs.

For example, in July 2014 smallpox samples from the 1950s were discovered in cardboard boxes in a cold storage room at the National Institutes of Health (NIH). Previously, lab safety lapses potentially exposed more than 70 CDC lab workers to live anthrax in June 2014.

Republican and Democratic leaders of the House energy and commerce committee said the new mishap at the DOD, which caused the unintentional transfer of the live anthrax from the Army’s Dugway Proving Ground in Utah, is reminiscent of similar CDC incidents and raises ‘serious safety concerns about the sufficiency of inactivation protocols and procedures for studying dangerous pathogens’.

The lawmakers sent letters to the CDCand DOD on 28 May, in which they said the anthrax samples that Dugway sent out to other labs should have been killed using gamma.

Currently, the CDC is conducting an investigation of the incident, and the DOD has undertaken a comprehensive review of its laboratory procedures, processes and protocols associated with inactivating spore-forming anthrax.

Although the DOD continues to reiterate that there is no known risk to the general public and an extremely low risk to lab workers from the accidental live anthrax shipments, the department is nevertheless advising labs that received its samples to stop working with them.

Richard Ebright, a chemistry professor at Rutgers University, US, says it will likely turn out that hundreds of labs in dozens of countries will have received these live anthrax shipments from the DOD. In the US, he says, there are 1500 labs authorised to work with inactivated biological weapons agents.

Most of the recipient labs are using the anthrax samples as a testing agent for detection, decontamination and diagnostic methods, Ebright notes. He says that the DOD error was caused by the exact same sequence of mistakes that occurred when the CDC sent virulent and infectious anthrax samples out in 2014, and earlier in 2006. These include failing to inactivate the material, failing to verify that it is inactive before sending it out and then having a recipient organisation that fails to verify the sample is inactive before use.

In response to these biolab safety blunders last year, the White House issued a directive in August 2014 for all government agencies and labs studying dangerous pathogens or toxins to immediately inventory samples, review their safety and security procedures and then prepare for sustained inventory monitoring.

All these months later, Ebright says congressional action is required because problems persist. ‘Nothing will change here until Congress terminates funding for programmes that involve access to biological weapons agents – live or inactivated,’ he tells Chemistry World.

The fundamental problem, Ebright says, is that the government response to the anthrax mailings, following the 11 September 2001 terrorist attacks, involved a major expansion of biological weapons research. As a result, the number of US institutions working with such volatile materials grew by more than a factor of 20, yet there was no commensurate increase in safety and security measures, according to Ebright.