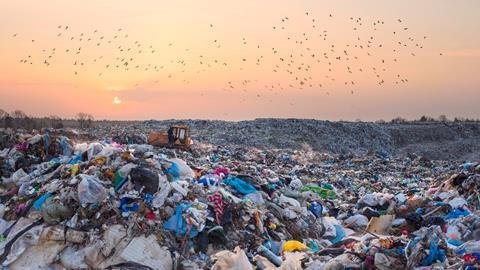 Progress made towards a global plastics treaty covering waste

The US and France are calling for an international treaty to address the global problem of plastic pollution. A joint statement by the two countries says they are committed to protecting the environment for future generations. An estimated 8.8 million tonnes of plastic waste enters the world’s ocean each year.

‘Recognising the transboundary aspects of plastic pollution and the importance of curbing it at its source, the United States and France support launching negotiations at the upcoming fifth UN Environment Assembly (UNEA) on a global agreement to address the full lifecycle of plastics and promote a circular economy,’ the two nations assert in the statement, which was released on the last day of an ocean summit on 11 February in France.

National delegations will begin work on the new treaty at the UNEA meeting, which will take place in Nairobi, Kenya from 28 February to 2 March. The final agreement, expected to be patterned after the Paris climate accord of 2015 and focused on limiting the amount of pollution in the world’s oceans, is anticipated in 2024. The US and France are in agreement that the resultant global plastics treaty should include ‘binding and non-binding commitments’ and ‘call on countries to develop and implement ambitious national action plans’.

Leading up to the Nairobi meeting, more than 150 nations backed a resolution to lay the groundwork for a legally binding treaty to tackle plastic and its related pollution over its entire lifetime. In December, China also indicated that it is open to exploring the option.

Commenting on the announcement by the US and France, the American Chemistry Council’s vice president of plastics, Joshua Baca, said US plastic makers ‘fully support’ such a resolution to begin negotiations on a legally binding global agreement to curb plastic waste in the environment. ‘We believe such an agreement will accelerate progress towards a circular economy most effectively through binding and non-binding commitments,’ stated the head of the trade association for US chemical companies.

Meanwhile, the director of Greenpeace USA’s ocean campaign, John Hocevar, said it is encouraging to see the turnaround after the US was one of a handful of countries actively opposing a plastics treaty under the Trump administration. He noted, however, that the inclusion of non-binding commitments in the treaty mandate is ‘worrying’ because binding commitments are needed to ensure government and corporate accountability.