Public money for science pays off 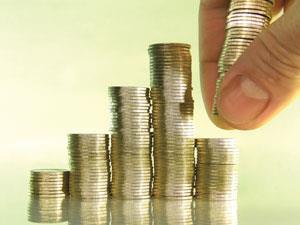 The independent pressure group Campaign for Science and Engineering (CaSE), which commissioned the report, claims that the evidence shows investment in scientific research leads to an increase in private sector productivity. It also increases interaction between the academic and private sectors, and increases private sector investment.

The authors found that public science funding generates substantial returns to the private sector. They calculated that for every £1 spent by government on R&D, private sector R&D output rises by 20p a year in perpetuity.

The most conservative estimates put the rate of return on public investment at around 20%, according to co-author Jonathan Haskel of Imperial College London business school. If government made a one-off increase in public spending on R&D of £450m (5% of its £9 billion total R&D spend), market sector output would rise by £90m per year, every year.

Universities that receive higher levels of public research funding generate more research income from other sources, such as charities, industry and overseas, Haskel continues. Research council grant-holders are more likely than non-grant holders to interact with the wider community, for example through the commercial application of their research.

The report ‘provides compelling evidence that public and private sector research expenditures are complementary’, says report co-author, Alan Hughes of the University of Cambridge, UK. ‘They should not be seen as substitutes in the drive to enhance the productivity performance of the UK.’

Richard Walker of the Royal Society of Chemistry says this report provides even more hard evidence that putting public money into keeping UK science internationally competitive pays back in private sector growth and jobs. ‘To this end, the UK should raise government investment in R&D to catch up with the EU average of 0.7% of GDP by the end of the next parliament,’ he says. Public spending on science currently stands at around 0.65% of GDP.

What is interesting about this report is that it is a straight piece of econometrics analysis, says Athene Donald, also at Cambridge, and not written from the viewpoint of an academic scientist. ‘This is unusual and represents a different way of assessing the importance of the public funding of science in the UK,’ she says.

Donald believes the report will be of significant benefit to the scientific community in discussions with funders of research and policy makers as it helps ‘move away from narrow ideas of impact, and impact associated with a single piece of work, as the way of evaluating benefit’. She adds: ‘Much of the value the higher education sector brings to the economy is through intangibles.’