But disproportionate cost of compliance for small and medium size companies should be reduced, European commission says 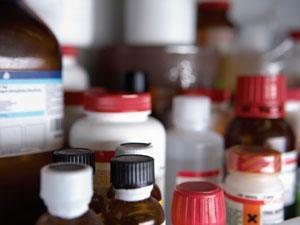 Chemical regulation in the EU is working as it should be, although there is room for improvement in its implementation, according to a long-awaited review from the European commission.

The review concerns the controversial Reach (registration, evaluation, authorisation and restriction of chemicals) regulation, which came into effect in 2007.

The primary finding is that the underlying legislation is sound: the commission does not want to make any changes to the main terms. But the review says that implementation could be improved, most notably by reducing the costs to small and medium size companies, which have long complained of disproportionate impacts. It also recommends insisting on higher quality standards for registration dossiers, ‘enhancing the use of safety data sheets as a central risk management tool’ and improving enforcement through greater coordination between EU member states.

‘Reach is functioning so far thanks to the efforts of all players involved,’ said Hubert Mandery, director general of chemical industry group Cefic (the European Chemical Industry Council). ‘Consequently, there is no need for a revision.’ But he added: ‘The jury is still out on whether Reach succeeds in its goal of enhancing competitiveness and innovation for the industry. It’s clear that companies operating in Europe get hit twice on the competitiveness front, as they are paying the whole cost of dossiers, which the rest of the globe can then access for free.’

Meanwhile, environmental groups were more circumspect. ‘There are no specific actions to further stimulate the substitution of hazardous chemicals with safer alternatives,’ said Vito Buonsante from activist organisation ClientEarth. ‘Despite the acknowledgement of serious shortcomings in the provision of data by the chemicals industry, the commission does not propose actions that will effectively address this incompliance.’

In October 2012, ClientEarth and the European Environmental Bureau, another activist organisation, published a report on the performance of the European Chemicals Agency (ECHA), which is responsible for implementation of the Reach regulation at the European level. The report criticised the ECHA for allowing companies to register chemical substances with incomplete registration dossiers and inadequate data. It also accused the ECHA of using its resources to keep the public in the dark.

The Reach regulation covers all chemical substances made or sold in the EU and is widely recognised as the most ambitious piece of chemical legislation ever implemented.

At its heart is a requirement for businesses to provide safety data for the chemical substances they make or sell. The principle was to shift the data burden from regulators onto the chemical industry. Businesses would have to show their products were safe before they would be allowed onto the market. In other parts of the world, it is more normal for regulators to retroactively investigate products once they have already been allowed onto the market. They must show that products are unsafe in order to have them removed.

Because of the number of chemical substances the regulation covers, registration is happening in waves. The first deadline was at the end of December 2010. The next, which will apply to substances manufactured or imported at or above 100 tonnes per year, is at the end of May.