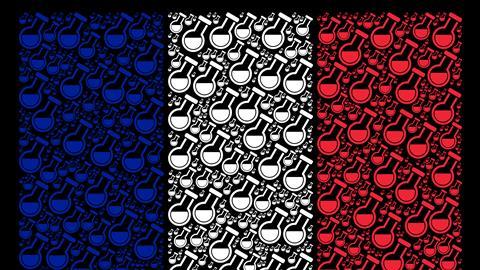 The latest report assessing the state of scientific research in France in 2019 has revealed a nation that is still a ‘major European scientific power’, but one whose global importance is diminishing as research output grows worldwide.

The report outlines some of France’s remarkable successes – its leading position in mathematics – but also its weaknesses, including a lack of funding for artificial intelligence and its poor ranking for the impact of its chemistry research.

The first report of its kind was published in November 2007 by France’s Ministry of Higher Education, Research and Innovation. Now in its 14th edition the report has grown substantially in scope, providing an analytical and statistical overview of the nation’s research base.

The analysis of the nation’s research and innovation focuses on a number of aspects that are integral to scientific activity, although not all research areas, such as chemistry, are well represented. France performed reasonably well in scientific publishing, racking up 90,439 publications in 2019, occupying eighth position behind Italy. First place is held by China with 527,609 publications. However, France’s impact factor of 0.97 in 2017 lags just behind that of China’s 1.03 for the same year. Just taking in chemistry, the normalised impact factor of the field in the France is 0.91, surpassed by that of Germany with 1.02 and the UK with 1.23. France’s global share of scientific publications was 2.6% in 2019, down from 3.8% a decade ago, reflecting growth of research in other parts of the world.

Chemistry seems somewhat underreported on the whole here, claims chemist Michel Mortier, director general of the CNRS Foundation. ‘Some specific research areas such as new materials, new technologies and pharmaceuticals do appear in the report, while other important areas of research in chemistry are missing,’ he notes. On the question of whether artificial intelligence, an area of research where China leads the world, but France ranks 12th, could affect neural network approaches applied to chemistry, Mortier agrees up to a point. ‘Neural networks are not a universal tool in chemical research. Chemistry does, however, come more in contact with physics. Chemistry was for a long time an experimental matter, now we focus more on understanding and modelling.’ Funding worries him more. ‘We see that over the last 10 years companies have made an effort that is superior to the growth of GNP, while the public research effort has lagged behind, especially with startups and invention.’