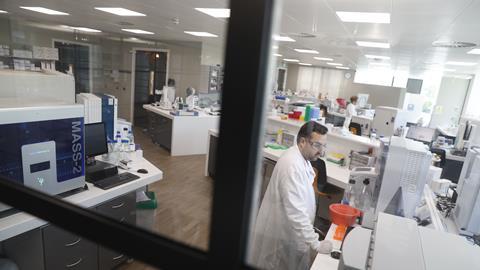 Uncertainty remains as researchers begin to grapple with the new Brexit deal. While there is relief that the UK will not be excluded from the most significant EU research programmes, there is disappointment over the exit from student exchange programme Erasmus+ and concern that the new visa arrangements will disrupt academics freedom to work across the continent.

UK-based researchers will be able to apply for grants from Horizon Europe, the EU’s €85 billion (£75 billion) research programme, which started in January, as the UK now becomes an associate member. This extends to the European Research Council and Marie Skłodowska-Curie Actions fellowships, but not the new European Innovation Council Fund for start-up and university spin-outs. However, UK researchers must wait until agreement has been reached for the final details. The two sides have agreed that if the UK receives over 8% more money in grants than it contributes over two consecutive years, then it must reimburse the difference. Cost will be based on UK GDP plus an administration fee that will be introduced gradually. However, it is not yet clear which government department will be responsible for the budget.

‘[Associate membership] is fantastic news for the scientific community on both sides of the channel,’ comments Vivienne Stern, director of Universities UK International. However, Mike Galsworthy, director of Scientists for EU, says he feels a ‘bit nervous’ about ‘elements of instability’ in the arrangement, for example each side can suspend the agreement within 45 days under certain conditions.

The deal also covers the UK’s participation as a third-country in the Copernicus Earth monitoring system and access to EU Space Surveillance and Tracking services. The UK remains a member of the European Space Agency, which is not an EU body, but will not participate in the EU’s Galileo satellite-navigation system.

Agreement has also been reached for the UK to participate in Euratom, Europe’s nuclear body for research and training, and the world’s largest nuclear-fusion experiment Iter, which is under construction in southern France and due to start operation in 2025. The details for participation in Euratom, which is not overseen by the EU, still need to be resolved, however.

EU funding for the UK-based nuclear fusion research facility, which is testing fuel technologies for Iter, is due to end in October 2021, but with continued involvement in Euratom and Iter, it is hoped that this funding will be extended.

The UK will no longer participate in Erasmus+ but will honour any placements. It will also set up its own £100 million Turing Scheme to start in September 2021, which will offer ‘greater value for money’. The government will fund around 35,000 outgoing students on placements and exchanges around the world. Details on how the budget will be allocated have not been released yet.

However, there have been concerns about funding. ‘Turing promises to fund double the number of students, to send them to further away destinations, increase help for disadvantaged students and all this with no cost-sharing with other countries, from a budget of £100 million,’ Galsworthy points out. ‘That’s £2857 per student. An Erasmus student receives €3600–€4000 per year with top-up available up to €5640.’

Another concern is that the scheme does not cover the costs of students coming to the UK. Erasmus paid grants to support travel and living costs of outgoing and incoming students. UUK’s Stern points out this could be a real loss as inbound students contributed £440 million to the UK economy in 2018.

Jim Murdoch, professor of public law at the University of Glasgow, worries that only the most well-off students will want to come as there will be a major revision of existing partnerships so their choices of institutions will be severely limited. He expects a reduction of around 85–90% in students going on exchanges from the School of Law, for example, once Turing kicks in. 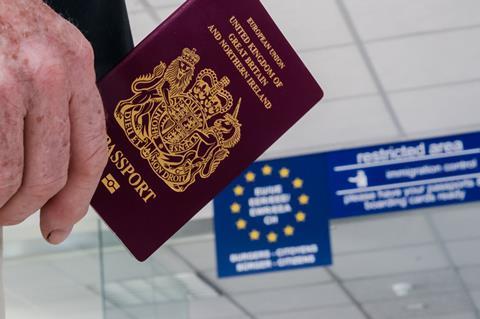 One thing is certain with the Brexit deal, it will be more difficult for UK researchers to freely move around and work on the continent

The flow of researchers is expected to be affected by new rules which came into force this January. These include the new points-based system for skilled workers wanting to work in the UK and the global talent visa, a more rapid route to permanent settlement, for workers named on research grants.

‘There is no doubt that moving from free movement to a visa system will have an impact on the ease with which EU researchers can come to the UK,’ comments Daniel Rathbone, assistant director of the Campaign for Science and Engineering. ‘However, the global talent visa should ensure that these new requirements are not prohibitive, although we will have to see how it works out over the coming months.’ He notes exchanges in either direction to carry out research for up to 90 days can be done without a visa.

UK researchers wanting to work in the EU will have to navigate the national immigration schemes of member states as there is no single EU-wide visa for scientists. They’ll also need to be aware of new rules for the mutual recognition of qualifications between the UK and EU member states.

‘The points-based system will undoubtedly make it much harder for EU academics to come to the UK,’ Cardwell says. ‘It is not remotely comparable to free movement within the EU. We already know the very significant hurdles for academics who have to go through the visa process.’