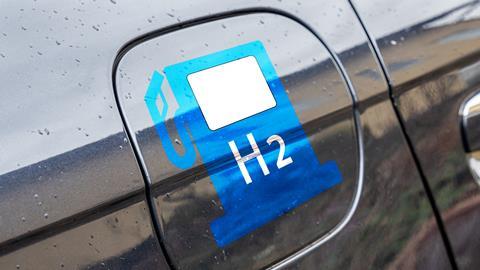 France will intensify research on hydrogen with a €7 billion (£6 billion) project, the Federation de Recherche Hydrogène (FRH2), which launched last month. Around 300 researchers from 28 research institutions belonging to the Centre National de Recherche Scientifique (CNRS) and the French Alternative Energies and Atomic Energy Commission (CEA) will join the five-year project. 300 students, doctoral students and postdocs will also take part in the project.

Each participating research organisation will have a different role, explains Olivier Joubert, a professor at the University of Nantes and director of FRH2. ‘Research at the CEA focuses on industrial applications while the CNRS focuses on fundamental research. This gives us a broad range of competencies,’ says Joubert. And Jacques Maddaluno, director of the CNRS Institute of Chemistry of the Centre National de Recherche Scientifique (CNRS) in Nantes, France, reports that a scientific interest group will act as the go-between for the CNRS and CEA. ‘It will be a kind of interface with industry,’ adds Maddaluno, who has joined FRH2 along with his institute.

The EU started funding research projects through research framework programmes such as the Fuel Cells and Hydrogen Joint Undertaking (FCH JU). In July 2020 the European Clean Hydrogen Alliance started to stimulate the production of carbon-free hydrogen. Initially the technological aspects, such as hydrogen production, transport, storage, and energy conversion proved difficult and costly. However, research that had intensified over the last two decades started paying off. ‘There are trains running on hydrogen, which are almost commercially viable,’ says Maddaluno.

FRH2 has a number of goals: the production of carbon-free hydrogen or ‘green hydrogen’, its storage and the development of efficient fuel cells with a longer lifespan to power vehicles. ‘We will be focusing on producing hydrogen by electrolysis at low temperatures, but also at high temperatures,’ Joubert explains. ‘Our second axis will be hydrogen storage, either as gas or in solids, but also in organic ferrites and organic liquids. Our third axis will be the conversion of hydrogen in either low-temperature or high-temperature fuel cells.’

While producing hydrogen by splitting water electrically and then using it to produce electricity in fuel cells might look counter-intuitive, there are situations where this makes sense, Joubert says. ‘One can produce decarbonised hydrogen from surplus energy and heat in nuclear power plants where the energy output of reactors cannot be tuned,’ he says.

Annie Le Gal La Salle of the University of Nantes and a member of the executive board of FRH2 reports, for example, that positive results with hydrogen mobility in proton exchange membrane fuel cells (PEMFC) have achieved a high level of technical maturity. ‘However their massive deployment in the field of mobility and power density, in particular for trains and ships, requires a long life expectancy and the consequent reduction in their costs,’ she adds. ‘Thus, to progress significantly an upstream research effort is essential with the PEMFC system.’ She also argues that fuel cells might relieve one problem – that of potential problems with the scarcity of lithium used in batteries. ‘The lithium must be reserved for medical devices for which we do not have alternatives today,’ she argues.