As the UK’s legal system finds its feet post-Brexit, stakeholders have mixed feelings about the changes it could bring

Four months into the UK being fully divorced from the EU, the chemical industry has had its first taste of operating under a separate legal system for chemicals. But rather than get their teeth into a fully thought-out version of the country’s own Reach (registration, evaluation, authorisation and restriction of chemicals) legislation, companies are facing a law that is just beginning to evolve.

Initially a direct copy of its EU counterpart, the practicalities and consequences of implementing UK Reach (the law’s official name, despite applying only in England, Scotland and Wales) are playing out gradually. The last few months were defined by companies grandfathering their EU chemical registrations to the UK system. If done by the 30 April deadline, this guaranteed continued access to the British market. 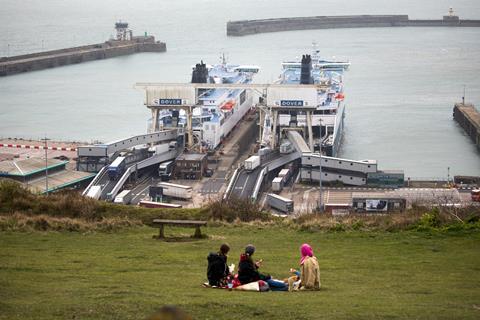 The process went relatively smoothly, according to County Durham-based chemical manufacturer Thomas Swan, whose in-house regulatory experts prepared early. ‘In 2018, we started surveying all our suppliers to make sure they were aware of the potential new UK registration requirements,’ says regulatory affairs manager, John Mackenzie. By the time UK Reach came into force, the company was certain that its supply chain was solid. Thomas Swan has so far grandfathered 24 EU substance registrations to the UK system, ‘without any major issues’.

London-based consultancy firm ERM sees smaller companies, who don’t usually have a regulatory expert, struggling more. The grandfathering deadline might well have passed by many businesses, says consultant Louise Boardall: ‘A lot of small companies will have been caught out which is quite sad because they face difficult times now.’

Boardall and colleague David Leube spent the last few months helping their clients muddle through a maze of contradicting information about the process, requirements and deadlines. ‘We’ve been talking to the HSE [Health and Safety Executive] helpdesk a lot,’ says Leube. ‘There is not much guidance out there. Not having the final version of the regulation yet makes things difficult.’

What this final version might look like is the big question. Mackenzie, Leube and Boardall have modest requests: clear guidance and a smooth-running IT system for submitting dossiers. ‘A final, clean UK Reach regulation,’ Boardall sums up.

But data is where UK Reach gets dirty. Industry and campaigners unanimously agree that how industry data on substances will be accessed, submitted and assessed is the most crucial aspect of the future, final law.

It was a grievance that the Brexit negotiations failed to secure a data-sharing agreement on chemicals between the UK and EU: without access to the European Chemicals Agency’s (Echa’s) database, the UK is forced to populate its own chemical database from scratch. As it stands, this means providing full datasets on all grandfathered substances.

Industry is aghast at the prospect of companies paying a huge bill (the Chemical Industries Association’s figure of ‘around £1bn’ is frequently cited but no detailed breakdown has ever been published) to get legal access to the full studies. And increasingly, it looks like data arrangements will in some way differ from those of EU Reach so this can be avoided.

How they will differ is subject to a tug-of-war. Industry groups have argued the government should drop the requirement for full datasets of all chemicals and adopt a new approach that prioritises substances of most concern.

But the proposal was soon slammed by non-governmental organisations (NGOs) and shot down by a House of Lords subcommittee. In April the government, at a meeting of the chemicals EU exit group, proposed an alternative arrangement, which meets industry halfway by requesting a limited amount of safety and use data for all chemicals, Chemistry World understands. Officials say they are working out the details of the proposal and industry associations would rather not talk about it while discussions are ongoing. 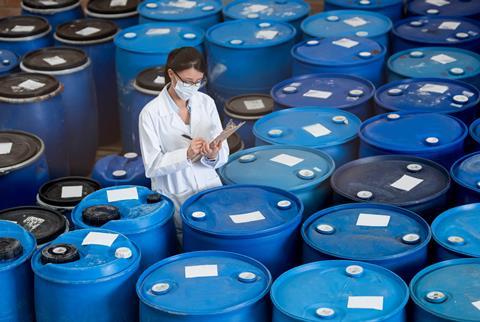 EU Reach regulation still applies in Northern Ireland, while UK Reach applies to businesses that import, make, sell or distribute chemicals in Great Britain, whether as raw materials or in their finished state

Other arrangements have been floated too. UK NGO Chem Trust has suggested the UK follow Switzerland’s example, which does not require companies to register chemicals but adopts EU chemicals standards while reserving the right to take a different stance on occasion. The most obvious solution would be a new data agreement that grants the UK access to Echa’s database; but few consider this a realistic option.

‘Nothing firm has come out of the process yet but I think the government has a clearer understanding that what they have put in place will impact jobs and competitiveness,’ says Peter Newport, who was chief executive of the Chemical Business Association (CBA), until he retired on 30 April. ‘Chemical manufacturers have already moved offshore because of Brexit, some of our members have opened offices in Holland, France, Germany. Of course the government does not want that.’

To Newport, UK Reach could be more efficient than the EU system by focusing its legal power and government resources on cracking down on substances of concern. The CBA and other industry bodies claim that the vast majority of data packages would never be looked at anyway, and that money could be better spent on investment and innovation.

Not all of industry is keen on the idea of reduced data requirements. ‘The UK could be seen as a less safe environment because we don’t have the same data requirements as the EU,’ cautions Thomas Swan’s Mackenzie. ‘We have to be careful with this.’

Newport emphasises that the approach would need to allow for flexibility, so that regulators can react to new knowledge about hazards. ‘Knowledge changes, science changes. If there is new evidence then something has to be reevaluated. Let’s not chuck the health and safety baby out with the data bathwater but it’s about balance.’

NGO’s, Newport says, play a role in scrutinising decisions and hazards and holding government and industry to account.

But campaigners launched an outcry at the idea of reduced data submissions which they said, in a February letter to top government ministers, would be a ‘major weakening’ of the legislation and bulldoze through the ‘no data, no market’ principle EU Reach is built upon.

NGOs are altogether wary of changes that would make UK Reach diverge from its EU counterpart, which is unanimously seen as the most protective law on chemicals in the world. ‘We never wanted UK Reach to happen,’ says Kit Bowerin from Breast Cancer UK (BCUK), which campaigns against exposure to chemicals that are carcinogenic or endocrine disruptors. ‘EU Reach is not perfect but it is the gold standard for chemical regulation. Unfortunately the UK followed regulatory sovereignty at all costs.’

Outside of the data question, NGOs see UK Reach slipping down a path that will make it slower and less effective than EU law. In March the UK government announced which restrictions on chemicals it will consider for UK Reach in its first year. It covered only two of over a dozen relevant EU hazardous chemical restrictions that are either in the last stages of the EU’s Reach restriction process or have been adopted by the European Commission since the end of the Brexit transition period.

Bowerin says the HSE lacks the capacity in terms of staff and resources to put together a comprehensive restriction programme. However, the HSE recently launched a recruitment drive and is seeking 60 science graduates to fill positions within its chemical regulations division.

If the HSE lives up to its new role, BCUK sees potential for a regulator that is more nimble and decisive in taking action than Echa and the 27 member states. ‘I think it’s absolutely realistic that, when the EU is taking a long time to work on specific substances, nothing is stopping the UK from acting faster,’ says Bowerin. He names the example of the endocrine-disrupting bisphenol A (BPA), which was identified as a substance of very high concern (SVHC) under EU Reach in 2017 but banned only last year, and still crops up in food and drink packaging.

While most questions about the future of UK Reach circle around how closely it will align with EU rules, stakeholders agree that the success of the law will depend on whether decision-making is based on sound science.

Here, too, details are yet to be established but became clearer in April when the HSE published a statement on transparency and the use of independent scientific knowledge and advice via its Reach Independent Scientific Expert Pool (Risep).

NGOs criticised parts of the plan, particularly its provisions for ensuring proper transparency and stakeholder engagement, which they said are weaker than those in the EU. And it is still unclear how decisions on authorisations and restrictions will be scrutinised and signed off, after the HSE has given a recommendation.

But Camilla Alexander-White, senior policy adviser at the Royal Society of Chemistry, is optimistic. ’I think the process has been developed in a very robust and clean way, putting science at the heart of it,’ she says. ‘There will be good experts around the table and there have been good procedures and practices in place for handling conflicts of interest.’

Alexander-White is sure that the Risep and use of sound scientific advice can secure a well-functioning UK Reach that properly protects human health and the environment. For all the open questions, then, at least: ‘It’s looking very positive in terms of science.’