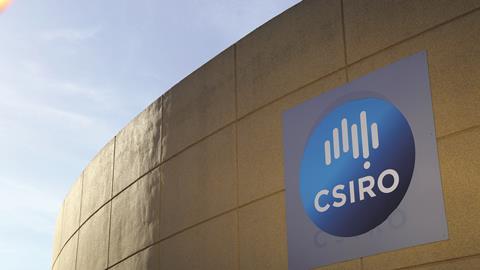 Reprieve for some Australian climate scientists facing the axe

The Australian government has instructed the country’s national science agency to renew its focus on climate science, six months after the announcement of wide-ranging job cuts that drew international condemnation.

One hundred climate science posts were set to be axed at the Commonwealth Scientific and Industrial Research Organisation (CSIRO), as part of a shift from understanding climate change to mitigation and adaptation. After months of arguments both internally and with partners at home and abroad, those numbers have been reduced to around 40.

The last minute intervention by the new science minister, Greg Hunt, means A$37 million (£22 million) will be redirected over 10 years, to create a monitoring and forecasting capability to predict climate fluctuations up to a decade in advance. This will bring 15 additional posts to the newly launched Climate Science Centre in Tasmania, which will be responsible for the CSIRO’s climate modelling and ocean and atmosphere observations.

Its interim leader, Steve Rintoul, who proposed the centre, said he recognised early on that ‘we needed a national partnership in climate science’ partly to harness what would be left of the CSIRO resources, and to ‘expand and more effectively collaborate across different institutions in Australia’, to deal with the huge climate challenges ahead.

One of its first tasks will be to establish proof-of-concept for reliable decadal forecasting, which will help inform decisions about climate mitigation and adaptation. Rintoul hopes it will go some way to rebuilding both staff morale and the trust of international partners. ‘It doesn’t get us back to where we were, but we’re in a stronger position than we would have been.’

Hunt said that climate science would be a ‘bedrock function’ for CSIRO research, and the new government was clearly saying that climate science matters. He told an audience at the Australian Academy of Science on Monday that CSIRO was one of Australia’s greatest assets, and he committed to working with the country’s scientific community to revise the priorities which were set for the organisation, by the previous government in 2015.

His support was welcomed as a ‘step in the right direction’ by John Church, a world-renowned authority on sea level rise at the CSIRO, and a prominent casualty of the cutbacks. However, while the adverse publicity has raised the profile of climate science, ‘the science programmes will still be smaller than they were before this started. There has also been a lot of damage to CSIRO’s reputation, and lots of people, even those not losing their jobs, have been bruised,’ Church says.

The A$37 million investment will come from existing CSIRO funds. The CSIRO union said that was likely to mean cuts in other areas, as it was not confident that more revenue could be attracted from industrial partners.

By the time the current round of cuts are finalised, over 300 jobs in all will have been lost this year from the CSIRO.

Australia’s science and IT graduates are finding it tougher to get full-time work, and many are working in jobs that don’t make full use of their skills. That’s one of the findings of a report from the public policy thinktank the Grattan Institute, which also found that science graduates often need a second degree to get on terms with their counterparts in engineering.

The report suggests that overall there are fewer graduate jobs out there since the end of the country’s mining boom, but that scientists have been particular hard hit. Its author, Andrew Norton, says this has been compounded by a boom in enrolment on science courses, thanks to government efforts to promote it, so since 2012 there have been many more science graduates entering the labour market.

Chemistry graduates appear to be among the hardest hit with just 50% of recent graduates in work, compared to 70% in the general graduate population. However, Norton says they represent just 13–15% of subject enrolment, and many of them have recognised they need postgraduate qualifications, which may explain why they are the most likely of science graduates to be in further study after completing an undergraduate degree.