In the US, the sequestration might make it harder for government scientists to travel to conferences, the ACS fears 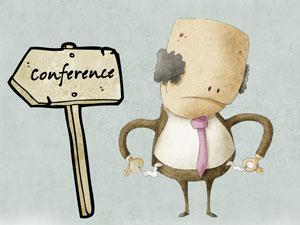 US government scientists and technical experts could soon find themselves unable to travel to domestic or international scientific meetings now that the much-anticipated automatic budgetary cuts, known as sequestration, became effective in the US on 1 March.

This clamp down is because the sequestration delivers across-the-board reductions of approximately 5% to research agencies for the remainder of fiscal year 2013, which ends 30 September.

Just days before the sequestration was triggered, the White House Office of Management and Budget’s controller, Danny Werfel, sent a letter to department and agency heads urging them to more closely scrutinise their spending on things like conferences and travel, given the then-imminent sequestration.

‘In light of the reduced budgetary resources available due to sequestration, expending funds on these activities at this time  would in many circumstances not be the most effective way to protect agency mission to the extent practicable,’ Werfel wrote. He suggested that agency leaders should review processes and controls around these activities, and ensure that they are conducted only if determined to be the most cost-effective way to maintain critical agency mission operations.

The American Chemical Society (ACS), for one, is concerned. The organisation, which represents professionals in the chemical sciences, is holding the spring ACS meeting in April in New Orleans, Louisiana. The autumn ACS meeting will convene in Indianapolis, Indiana in September. Typically, between 600 and 800 federal employees would participant in each of these events, the ACS says. The meetings give scientists an unprecedented opportunity to hear the latest from professionals in their area of interest and network with colleagues.

The sequestration was included as a fallback plan in the US Budget Control Act of 2011, which increased the country’s debt limit and slashed more than $1 trillion (£672 billion) in discretionary spending. After Democrats and Republicans in Congress failed to agree on a deficit reduction plan, these cuts were triggered and were set to begin in January 2013.

Originally, the sequestration would have cut roughly 8% from the budgets of non-defence programmes like research. However, a last minute deal that Congress and the Obama administration reached to avert the so-called ‘fiscal cliff’ actually postponed the sequestration and reduced the cuts to roughly 5%.

ACS spokesman Glenn Ruskin calls these across-the-board reductions ‘debilitating’, even if their broad impact isn’t immediately apparent. ‘We are going to find that members of the chemistry enterprise will be affected undoubtedly by furloughs, and contracts that exist in the enterprise will be terminated or not fulfilled,’ he tells Chemistry World. ‘That goes for grants as well’.

However, many aspects of the current situation remain elusive, including how long those cuts will remain in place and how they will ultimately break down by discipline.

It is possible that Congress will soon either reverse or codify the sequestration-level funding levels for agencies when it settles the remainder of the 2013 budget. A government shutdown will occur unless lawmakers finalise that budget by 27 March.