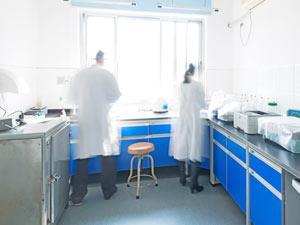 Russian science’s isolation is deepening, reflected by dwindling international research cooperation, as well as restrictions on the country’s scientists’ access to imported scientific equipment and western journals. The Russian Academy of Sciences (RAS) says that many domestic universities and scientific institutions may face a shortage of research equipment by the end of the year. This is because many firms outside Russia, particularly in the EU, are refusing to supply Russian scientists for fear of falling foul of sanctions.

Representatives of some of Russia’s leading universities have confirmed that they face supply problems, particularly those from the Siberian branch of the Russian Academy of Sciences. A spokesman for the Russian Institute of Laser Physics, says that much of the institute’s scientific equipment is imported from Japan. However, due to the sanctions, the volume of supplies has significantly declined. Alexander Shilov, a physicist at the Institute of Laser Physics, says that in recent months it has become practically impossible to buy any dual purpose laser parts or supplies from western countries, due to the fears that they could be used by the military.

A spokesman for Viktor Ivanov, president of the Russian Union of Chemists, says that the domestic chemistry and physics industries were among those hardest hit by western sanctions. Imports of scientific instruments were suspended and also materiel to modernise industry has ground to a halt. However, Ivanov’s spokesman says that sanctions have not affected sales at most Russian chemical companies as most of the industry’s goods are sold domestically.

The RAS says there is hope for resolving this scientific blockade, however. Supplies of scientific equipment may soon be resumed – from the US at least – thanks to talks between the RAS and the US Academy of Sciences on accelerating cooperation between the two countries. Vladimir Fortov, head of the academy, says that part of these plans will see the two countries strengthen cooperation in the field of renewable energy, environmental protection and climate research, as well as non-proliferation of nuclear weapons and nuclear technology.

The current political climate has also made travelling to conferences or to meet collaborators more difficult for Russian scientists. In recent months many Russian universities and scientific institutions have curbed scientific trips to western countries, reportedly for fear that scientists may be lured away.

Some Russian research institutions are even considering tightening controls on scientists who have strong connections with western scientific organisations and journals. This is expected to be implemented through the use of former Soviet schemes, such as the establishment of special divisions at universities that will record any research published by Russian scientists in western journals.

These measures have already been criticised by the scientists from the RAS. Fortov says that since the collapse of the USSR attending conferences is no longer luxury but commonplace among Russian scientists. ‘However, if western sanctions affect international scientific contacts this will be a step backwards,’ he adds. ‘It should be also understood that this would also damage our foreign colleagues.’

Ongoing complications accessing information are another pressing problem facing Russian scientists. This is reflected by a lack of access to some leading western scientific journals and magazines, caused by financial problems. Sharp devaluation of the ruble this year left the Russian Foundation for Basic Research, a government funding agency, unable to pay journal subscription fees to the publisher Springer.

Fortov says that this problem may still be resolved with government intervention. The RAS is now considering a petition to Dmitry Medvedev, the prime minister, requesting that he step in to arrange payment of journal subscription fees.