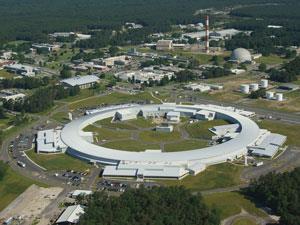 The annexation of the Crimean peninsula by Russia and the subsequent tensions over Ukraine has seen the US Department of Energy (DOE) impose a ban on scientists from Russia working in its laboratories, which include some of the largest physics and chemical centres in the world.

A letter from the DOE was recently sent to a number of well-known Russian physicists, chemists and mathematicians, who conduct some of their research in DOE labs such as Brookhaven National Laboratory, explaining that they will be banned from entering the US. Simultaneously, the US government has banned DOE scientists from visiting Russia. An exception will only be made if the visit deals with issues affecting nuclear security, weapons of mass destruction or ‘national interests at the highest level’.

The DOE has 17 scientific laboratories with a combined budget of more than $14 billion (£8.3 billion), employing more than 60,000 people. In 2012 more than 2000 Russian scientists were contracted to work with these laboratories on a regular basis with several thousand more visiting for short-term research projects every year. Overall, the total number of Russian scientists and graduate students, who entered the US in 2013 was over 6700 people.

The bans pose a threat to a number of shared chemistry projects between Russia and the US, such as joint chemical imaging and synthesis proposals coordinated by the Russian Fundamental Research Fund and National Science Foundation.

In addition, the current tensions may halt US visits by Russian military chemists that are helping to coordinate the destruction of Syrian chemical weapons. Nasa has also halted cooperation with Russia. A memo circulating at Nasa that was leaked to Spaceref, stated that it will now only work with Russia on the ISS. The ban will see exchange visits to each countries facilities end and even correspondence between Russian and Nasa scientists will be curtailed.

A spokesperson for the Russian Chemists Union (RCU) says that the US’s action signals the ‘complete termination’ of cooperation in chemistry and physics between the two countries. He adds that scientific collaboration between the US and Russia took place during the Soviet era, and even continued during the cold war. He also expressed fears that the US’s example will be followed by some other western countries such as Canada, where many Russian chemists work, some EU countries and even Japan. There is also a possibility that sanctions will apply to scientists in other fields too.

‘The imposition of a ban on Russian chemists conducting their research activities in the US will cause irreparable damage to the Russian chemical industry and will lead to its further degradation, as Russia currently experiences a lack of normal conditions for scientific research in the field of chemistry,’ says Alexandra Rybinskay, a chemist at the Nikolaev Institute of Inorganic Chemistry in Russia. ‘This is reflected by the lack of chemical agents, a high level of wear and tear on equipment and the poor condition of the majority of domestic chemical laboratories, which are still filled with junk from Soviet times. The situation is aggravated by the lack of the simplest consumables, which are required by chemists, such as rubber gloves, absorbent paper and chemical glassware cleaners.’

A representative of the Russian science and education ministry said that it has received official confirmation of the bans from the US. He added that the Russian government is surprised by this initiative and will adopt tit-for-tat sanctions against US scientists, which, according to him, will be detrimental to both countries science bases.

Viktor Ivanov, president of the RCU, says: ‘The imposition of such sanctions will have a negative effect on Russian chemistry and physics and will result in the partial suspension of scientific cooperation of both countries in these fields. We are planning to start negotiations with the US Department of Energy in order to find a solution to this problem.’

‘The creation of obstacles to visits by Russian chemists and physicists to the US is certainly bad news, especially taking into account the fact that in recent years the level of cooperation between the two countries in the field of chemistry and physics has significantly strengthened,’ says Ludmila Terentyeva, a senior researcher at the A N Nesmeyanov Institute of Organoelement Compounds of the Russian Academy of Sciences. ‘It is also sad that Russia may impose mirror sanctions against the US scientists and to start pursuing its own scientists who visit the US, as it was in the case of the famous Russian physicist Alexander Gorsky, who was recently fired from the Institute of Theoretical and Experimental Physics (ITEP) for a trip to the United States.’