A clutch of chemical companies have made, or are considering, investments in Iran. This follows the partial lifting of sanctions after the ‘nuclear deal’ – the Joint Comprehensive Plan of Action signed on 14 July 2015 between Iran and six other countries. But whether this excitment will translate into real industrial growth remains to be seen, experts warn. That will depend on issues like the state of existing plants; the price of oil and gas; whether international banks will lend money to Iranian projects; and the global demand of chemicals. 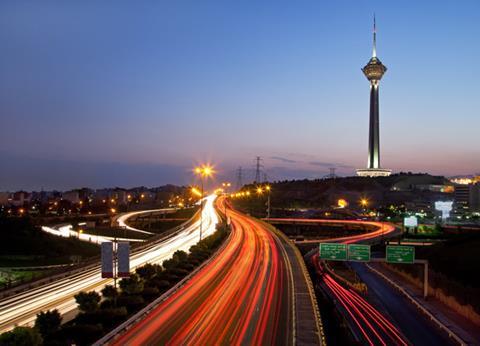 As the second-ranked regional economy in the Middle East in terms of GDP, Iran is an attractive market for chemical companies

Several projects have been confirmed, and many others are in negotiations. Danish catalyst and process technology firm Haldor Topsoe is opening an office in Tehran and is planning a new methanol plant in Chabahar in southern Iran. Danish drugmaker Novo Nordisk has committed to building a manufacturing plant in Iran. Talks are reportedly underway with German chemical companies BASF and Linde, as well as Japan’s Mitsui Chemicals, about investing in petrochemical facilities in Assaluyeh (southern Iran). This site is part of the Pars Special Economic Energy Zone, where a huge petrochemical complex is being built, close to one of the biggest gas fields in the world.

Iran’s National Petroleum Company (NPC) is also reportedly in negotiations with France’s Air Liquide to build a methanol-to-propylene plant, and the Italian Institute for Foreign Trade Insurance Services (SACE) has signed several agreements with Iranian banks and government bodies, which may have implications in petrochemical investment.

‘Dozens of semi-finished petrochemical projects need to be completed – the result will be a huge boom in the industry,’ says Sasan Krenkler, director of a German consultancy specialising in the Iranian market. Krenkler joined a conference organised by the NPC in December in Tehran, whose first topic was post–sanctions opportunities for the petrochemical industry. 95 foreign companies from 25 countries joined the meeting, according to Krenkler. ‘This shows the enormous interest,’ he says.

Remi Corso, sales export manager of French compound producer Polytechs, agrees. ‘The country is far more advanced than the rest of the Middle East,’ he says. ‘When money goes back, it will boom and overtake Turkey in a few years.’  Polytechs restarted exports to Iran in 2015, shipping two containers with 30 tonnes of polymers, and expects to double this quantity in 2016.

Iran is an attractive market, being the second-ranked regional economy in the Middle East in terms of GDP (its GDP per capita is half that of Italy). It has 79 million inhabitants, most of them young and in urban areas. Moreover, the country has a high level of education (700,000 new degree holders per year, half of them in scientific disciplines) combined with low average salaries and labour law that favours employers, according to a report by the SACE.

Because of the sanctions, Iran could not invest and renew crude oil extraction systems

On top of that, Iran holds the world’s second-largest reserves of natural gas after Russia and the fourth-largest crude oil reserves, according to the US Energy Information Administration. ‘Iranian natural gas is not only composed of methane but contains 10% ethane and propane, which can be prosessed into polymers and polyethylene,’ points out Krenkler. A report by the Russian investment bank Renaissance Capital points to fertilisers as another promising product of Iranian gas. Beyond petrochemicals, Iran is the top producer of cement in the Middle East and the fourth in the world; it produces steel and aluminium; and it has 68 types of minerals.

Notwithstanding these advantages, the chemical industry in the country has lagged behind, due to sanctions imposed since 2006 in response to evidence of nuclear proliferation. Alongside prohibition of financial transfers to and from Iran, sanctions forbade exports of crude oil, petroleum, petrochemical products and gas. Under ‘dual use’ restrictions, many spare parts for plant equipment could also not be imported, if they could possibly be employed in nuclear projects. ‘Because of the sanctions, Iran could not invest and renew extraction systems,’ says Mohammad Gorjiara of Behgozin, one of the biggest brokerage firms in Iran. ‘The efficiency and cost of extraction kills the competitive advantage of Iran in the global market. Now, producers need to update their equipment.’ 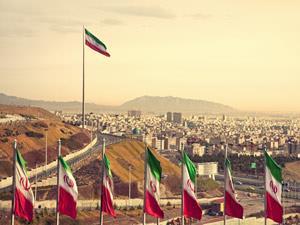 Lifting the sanctions reconnects the Iranian banking system with the rest of the world. It restores access to capital abroad, and the possibility to import and export petrochemicals, pharmaceuticals and other materials. However, several items (from ballistic technologies to raw metals) as well as certain people and organisations, still remain under sanctions. ‘It is too early to judge the consequences [of sanctions lifting] for the chemical industry […] there are many chemicals nominated in the dual-use regulation,’ points out Servet Gören of the European Chemical Industry Council (Cefic). ‘Much will depend on the state of the plants and infrastructure in Iran, which is hard to judge from the outside,’ she adds.

The state-owned NPC has announced ambitious goals, like doubling petrochemical production capacity (from 60 million tons per year to 120) and producing petrochemicals worth $70 billion (£49 billion) per year by 2025, for which it is seeking foreign investment. With the sanctions lifted, NPC should be able to exploit the advantages of Iran’s Foreign Investment Promotion and Protection Act, which protects foreign companies from exchange rate fluctuations and allows them to own 100% of the shares of a company based in Iran, among other measures. Additonally, Iran has 14 economic zones and seven free trade zones, where tax discounts are applied to foreign investors.

However, Iran’s business climate will present challenges to foreign companies. A report from the SACE highlights widespread corruption; quasi-monopolies of state-owned companies that leave little space for new players; and the economic weight of Iran’s Revolutionary Guard Corps, an influential paramilitary body that owns a large variety of companies. ‘The economy is likely to be opened up more, but not on the social and political side: it may become something like the Chinese model,’ says Amit Sharda from advisory firm Oxford Economics.

When it comes to investing in Iran, ‘European and Asian companies are at an advantage because US companies have their hands tied,’ points out Andrew Spiers from consultancy Nextant Asia. The US is still applying a broader range of sanctions than Europe. ‘However, […] it should be borne in mind that EU businesses with a strong US foothold could be politically influenced and pressed not to proceed with business in Iran,’ says Gören. More importantly, ‘competitors from China, Russia, [India, Brazil], and Turkey have tried very hard to seize the market during the time of the embargo,’ Krenkler adds. While the market share of German exports in Iran fell from 14.4% to 4.9% from 2005 to 2014, that of China grew from 8.7% to 36.9%.

A key issue for attracting chemical investment will be feedstock prices. ‘The risks that come with investing in Iran will carry a premium,’ points out Spiers. ‘The perception is that feedstock will be made available at reasonable price,’ he adds. ‘Iran holds large oil and gas resources, so companies can produce petrochemicals at low cost. [But] one of the key questions is whether there will be enough global demand,’ says Sharda, pointing out that growth is expected to be low in Europe, and that the US and China plan to increase production, too.

Whether Iran will gain international trust may be a defining issue in chemical investments. ‘International lenders are still very wary of the uncertainties and risks of investing in Iran,’ says Spiers. ‘The biggest issues Iranian banks face are high levels of non-performing loans and low capital buffers. European banks are still waiting. They don’t want to be the pioneers, because it’s still very complicated for the banks to do business with Iran with many US sanctions still in place,’ says Krenkler. ‘The process is time consuming. Iran did not have any connectivity to the global market, it needs time to adapt to the changes. […] Both the Iranian and foreign sides need to build trust, and it doesn’t happen in one day,’ concludes Gorjiara.