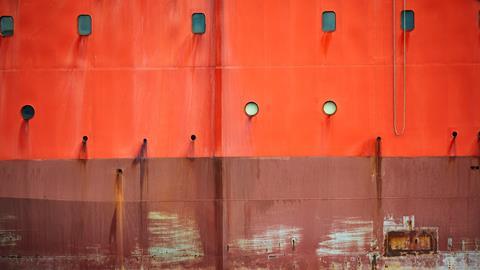 Boats might be much bigger sources of microplastic pollution than previously thought, according to a new report by researchers in Germany. It finds that up to 80% of microplastics in the surface waters of North Sea estuaries and shipping lanes could derive from paints used to protect ships’ hulls from barnacles and other organisms.

Plastic pollution in the seas and oceans is a growing problem. In particular, microplastics have caused alarm due to the ease with which these small particles can enter and accumulate in the food chain. Previous estimates suggest that around 80% of microplastics in the marine environments originate from land-based sources – with packaging waste being the biggest contributor. The remaining 20% is linked to marine-based debris, with fishing gear a major culprit.

Now, findings from a team at the University of Oldenburg suggests that the antifouling coatings used to protect ships from marine organisms may be an underestimated source of microplastic pollution. The group measured the concentrations of 10 commonly used plastics in samples taken from surface waters across the German Bight – an area in the south-eastern corner of the North Sea, which contains some of the world’s busiest shipping lanes. The researchers found that up to 80% of the microplastic content could be attributed to polymers used as coating binders, rather than from solid plastics used in consumer goods.

The team says that their findings indicate that ‘at least in parts of the German Bight and attached estuaries, marine (shipping)-based sources seem to outweigh land (packaging)-based sources by far’. They add that the high concentration of coating-related particles near shipping routes could be thought of as ‘a kind of ship-related skid mark’ similar to that produced by wear-and-tear on vehicle tyres.