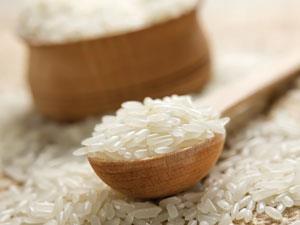 Chilling cooked rice, and adding oil to the cooking water, increases the proportion of non-digestible starch

Researchers in Sri Lanka have found that making simple changes to the way rice is cooked can lower its calorie content, by converting some of the starch to a non-digestible form.

Resistant starch (RS) behaves more like dietary fibre than carbohydrate, as it is not broken down into simple sugars in the small intestine. There are several health benefits associated with RS, according to Sudhair James from the College of Chemical Sciences in Sri Lanka. ‘It improves the glycaemic response, can speed up lipid metabolism and improve immune function,’ he told delegates at the 249th ACS National Meeting & Exposition in Denver, US.

James and his colleagues think that increasing the RS content of starchy foods such as rice – a dietary staple for over half the world’s population – could help tackle obesity and other diet-related health problems.

They analysed RS content of 38 different rice varieties, and found that there was quite a bit of natural variation. In general traditional varieties had higher RS content than ‘improved’ varieties, which have been developed to be more nutritious or easier to cultivate. Next, the researchers investigated how altering the cooking process can affect the RS content, using the variety with the lowest RS concentration, BG 305, which contains around 0.3% RS.

Using the traditional Sri Lankan cooking process as a starting point – 40 minutes of simmering followed by oven drying for 2.5 hours – the researchers tested the effects of three other processing steps: adding coconut oil to the boiling water, refrigerating the rice for 12 hours before oven drying, and heating it up in a microwave after oven drying.

In theory, James explains, two of these steps should increase the proportions of different forms of RS. Adding oil to the water creates ‘type 5’ RS. ‘The oil complexes with the amylose to form amylose-lipid complexes…this prevents the starch granules being attacked by enzymes,’ says James. Chilling the rice after boiling increases ‘retrograded starch’ or ‘Type 3’ RS when hydrogen bonds re-form within the starch, making some components less soluble.

The team found that both these processes led to an increase in RS which reheating the rice after oven drying did not appear to reverse. In fact, the greatest effect – a 15-fold increase in RS – was seen when all three treatments were used together. This translates to a calorie reduction of 10-12% in this particular variety, which James says could be ‘perhaps as high as 50 or 60%’ if the treatments were applied other varieties.

But Denise Robertson from the University of Surrey, UK, who has carried out similar studies investigating the resistant starch content of pasta, warns against making assumptions about the long term health effects. ‘The metabolic response to food isn’t always predictable to what you get from an in vitro analysis,’ she says. ‘We as humans are remarkable at protecting our food intake and will compensate.’ Robertson also points out that global cooking practices are variable – while some cultures may boil rice for a long time and then dry it, as in this study, many only cook it for 10-15 minutes, which might lead to a more modest result.

James acknowledges there is a lack of data on whether there are measurable benefits of increasing resistant starch intake, and says that clinical trials with obese patients are currently ongoing.