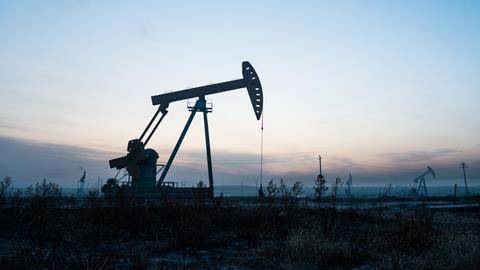 Sinking wastewater from oilfields could be causing stronger earthquakes

Effects can continue for over a decade after disposal ends

Dense wastewater from oilfields injected deep into the Earth’s crust could be causing stronger earthquakes a decade or more after the pumps are turned off, researchers in the US have shown. The discovery could help reduce the likelihood of high-magnitude quakes happening on the doorstep of future drilling sites in other regions.

Almost everywhere on Earth, the stresses upon faults in the crust are close to breaking point. Even a small perturbation could start an earthquake. By altering what’s known as pore pressure, the force that water exerts on rock, the stresses on a fault can weaken, causing an earthquake. This is what happens when oilfield developers dispose of their briny wastewater by injecting it deep into the ground.

Nowhere has this effect been more apparent than northern Oklahoma: after a massive surge in the number of earthquakes in the area, regulators limited the amount of water that could be disposed of in underground wells. Since then, the overall number of earthquakes has decreased; however, from 2017 to 2018, the frequency of higher magnitude earthquakes increased by more than 150%. Now, this oddity could have an explanation.

A study led by Ryan Pollyea, a hydrologist at Virginia Polytechnic Institute and State University in the US, compared the density of wastewater in Oklahoma to that of the natural water found in faults. ‘Every previous study has assumed that the fluids are the same everywhere, and we’re saying “no, stop; we need to stop and think about this”,’ says Pollyea.

Using computer models to reproduce the geology of the area, they found that the wastewater was more dense than the naturally present water, causing it to sink lower through the crust and drive up fluid pressure. ‘We went back and we looked at the earthquake record and we found that in several counties in Oklahoma…It looks like the earthquakes are getting deeper at the same rate that the wastewater is sinking.’

The theory is that the sinking wastewater is causing earthquakes to originate from deeper underground in these areas, even after the pumps have been turned off. And while quakes that begin at these depths are less frequent, they tend to be stronger. However, the authors note that the study will be difficult to validate with data. After years of flooding Oklahoma with wastewater, it’s impossible to establish the composition of the water naturally present there.

Pollyea suggests that these findings should be considered before beginning work on new drilling sites in other regions. ‘The take-home message here is that if there are places in the world where new injection operations are going to be developed, understanding something about the fluid composition of the injection water and the natural basement water is really important,’ says Pollyea. ‘If we’re going to try to drill an injection well, we should take a water sample when we do that.’

‘It’s a useful model to apply when there is a density difference between what they’re disposing of and what’s in the disposal formation,’ says William Ellsworth, a seismologist from Stanford University, US, who was not involved in the research. ‘But I think at this point, we don’t know how widespread this is.’

‘In future disposal operations there may be some places where, if the brine is extremely dense, this may need to be considered.’