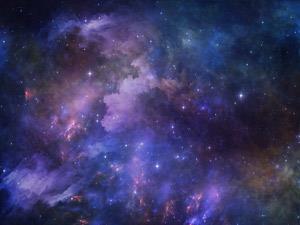 Mimicking interstellar conditions, a team of scientists at NASA has synthesised complex organic molecules thought to be necessary for the origin of life.

Understanding how simple compounds gave rise to the complex organic molecules and metabolic processes we see in today’s biology is one of the greatest conundrums of modern scientific endeavour. Now, Karen Smith and co-workers at the NASA Goddard Space Flight Centre, US, allow us a peek into life’s molecular past with their latest research.

The NASA study shows how two key metabolic precursors, vitamin B3 and quinolinic acid, could have been synthesised in space. Under vacuum, very low temperatures and strong UV irradiation, complex organics formed in ice mixtures with a defined ratio of pyridine, carbon dioxide and water. ‘Icy grains, eventually incorporated into comets or asteroids, could be an original site of their synthesis. Meteoric delivery of the organic compounds to earth may have provided the necessary metabolic precursors for the earliest forms of life,’ Smith tells Chemistry World. Smith hopes to measure the compounds’ stability under the expected conditions of such icy grains in future research.

Vitamin B3 and quinolinic acid are involved in the early biosynthesis of a critical co-enzyme, nicotinamide adenine dinucleotide (NAD). This co-enzyme is ubiquitous to all forms of life on earth and is a widely-acknowledged evolutionary remnant of the ancient pre-biotic world of self-replicating RNA molecules. 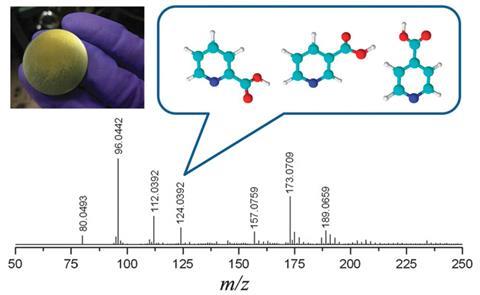 Smith cautions that the ice mixtures don’t contain everything that interstellar matter contains, ‘so this experiment is, naturally, a simplification’; comments echoed by planetary scientist Fred Ciesla, from the University of Chicago in the US. However, Ciesla goes on to say that he’s found the work very exciting: ‘It’s probable that the conditions used in the lab do represent planet formation somewhere in the galaxy and it’s possible that it happened in our own solar system.’

‘Our astrophysical ice analogue data matches very well with data from eight carbonaceous meteorites,’ explains Smith. This comparison is welcomed by Ciesla: ‘It is always exciting when we see experimental results and meteorite data telling consistent stories telling us we’re on the right path.’