European Environment Agency voices environmental concerns, but says progress has been made 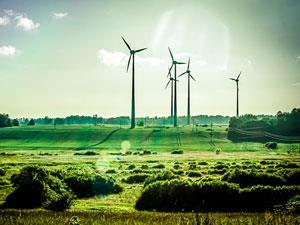 In a major new report, the European Environment Agency (EEA) says progress has been made toward cleaning Europe’s air and water and reducing waste disposal, but that major environmental challenges remain. It says fundamental changes to the systems of production and consumption will be needed in order to meet the EU goal of ‘living well within the limits of the planet’ by 2050.

The 239-page five-yearly EEA report, referred to as SOER 2015, includes a detailed analysis of EU policies on the use of chemicals in Europe and calls for more research to improve scientific knowledge on the environment to help better guide EU policies in coming years.

Among the positive developments, the report notes that Europe’s greenhouse gas emissions since 1990 have declined 19% despite a 45% rise in economic output, and that recycling rates increased in 21 nations between 2004 and 2012 while landfilling rates dropped in 27 out of the 31 nations whose data were available. From an economic perspective, the environment industry sector, defined as providing goods and services to help protect the environment, expanded more than 50% between 2000 and 2011.

On the negative side, some 430,000 people died in 2011 from exposure to airborne fine particle matter. And half of Europe’s freshwater bodies will most likely not attain ‘good ecological status’ in 2015 while marine and coastal biodiversity is at particular risk. The report warns that growing use of certain chemicals in consumer products has been associated with an increased in endocrine diseases and disorders, while other areas of concern include land degradation, climate change, and continuing loss of biodiversity and soil functions.

‘Our analysis shows that European policies have successfully tackled many environmental challenges over the years,’ says Hans Bruyninckx, EEA Executive Director. ‘But it also shows that we continue to harm the natural systems that sustain our prosperity.’

He notes that the EU goal of living on a sustainable planet by 2050, as outlined in the EU’s 7th Environment Action Programme, is still 35 years away and ‘may seem like the distant future’. But he says prompt and decisive action to protect the environment is essential. ‘We need our actions and investments to be even more ambitious and more coherent,’ he says.

The effect of chemicals on the EU environment and on EU chemicals policies is mentioned throughout the SOER 2015 report, which states that the EU chemicals regulation known as REACH (Registration, Evaluation, Authorisation and Restriction of Chemicals), ‘does not address the problem of simultaneous exposures to multiple chemicals’ and will need to be adjusted, which included the need for further legislation ‘on the issue of endocrine disrupters’.

Catherine Ganzleben, project manager at EEA for chemicals and environment, tells Chemistry World that REACH has improved ‘protection of human health and the environment’ and increased ‘availability and quality’ of information on chemicals. But she says the ‘current paradigm considers substances on a chemical by chemical basis and in doing so underestimates risks to human health and to the environment’. She adds: ‘Cumulative risk assessment is required, taking account of vulnerable groups, multiple exposures, potential interactions between chemicals, and effects at low levels of exposure.’

She says the EU already has identified ‘a number of areas where EU chemicals policies will be strengthened in the coming years’.

A key theme sprinkled throughout the report is the need to improve the environmental ‘knowledge base’, including the impacts of chemicals. ‘There is a gap between available, established monitoring, data and indicators and the knowledge required to support transitions,’ the report says.

Ganzleben says the report is not suggesting that the science community has been neglecting environmental research, only that more knowledge is necessary to guide EU policies.

‘In particular, we would like to see more research on systemic challenges, such as the complex interactions between multiple environmental pressures and how they can act synergistically to affect human health and well-being,’ she says. ‘A better understanding of complex exposure patterns, and how these patterns are linked to lifestyle and consumption behaviour is critical to enable us to tackle cumulative risks and prevent health impacts, especially in vulnerable population groups.’