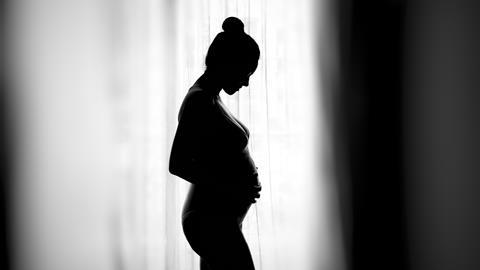 Database screening and high-resolution mass spectrometry have been combined to identify 55 chemicals in the blood of pregnant women and their newborns that have never before been reported, including 42 so called ‘mystery’ compounds whose sources, uses and presence in consumer products are a mystery.

Researchers from the University of California San Francisco (UCSF), together with colleagues at the California Environmental Protection Agency and UC Berkeley, found 109 chemicals in the blood samples of the mothers and their babies, including seven per and polyfluoroalkyl substances (PFASs).

Most studies evaluating human samples have focused on endogenous compounds, and this appears to be the first one that screens for a comprehensive database of industrial chemicals. The researchers screened about 3500 industrial chemicals on 30 paired maternal blood and cord samples.

Of the 55 compounds that have not been previously discovered in humans, two are PFASs – methyl perfluoroundecanoate and perfluorodecyl ethanoic acid. UCSF postdoctoral researcher Dimitri Abrahamsson, a co-author on the paper, explains that methyl perfluoroundecanoate is likely an impurity of perfluorononanoic acid which is used in fluoropolymer manufacturing and is also a breakdown product of long-chain fluorotelomer-based products that have historically been used in for things like surface protection and surfactant applications. Meanwhile, he says, perfluorodecyl ethanoic acid is most likely derived from long-chain fluorotelomer products like surface protectors in textiles, food contact materials and carpets.

‘This finding [of novel PFASs] shows that these chemicals are finding their way into our bodies and should be regulated as a class,’ says Will Dichtel, a chemist at Northwestern University in Illinois who studies PFASs but was not involved in the study. ‘There should be a high burden of proof placed on the chemical industry to justify the use of any PFAS, rather than the current burden of the public proving negative health effects on a substance-by-substance basis after the fact.’

Linda Birnbaum, a toxicologist and microbiologist who formerly headed the US National Institute of Environmental Health Sciences, is also concerned. ‘Either they are being used in products and we didn’t know that … or they might be a breakdown product of other large PFASs,’ she says. ‘We don’t know – I don’t know – where these are coming from.’

Beyond the two PFASs, the 55 chemicals that appear not to have been previously reported in people include the pesticide bis(2,2,6,6-tetramethylpiperidini-4-y) decanedioate and 10 plasticisers used in food packaging.

‘The large presence of poorly characterised chemicals in maternal and cord blood samples warrants further investigation to understand where these chemicals might be coming from and how they may affect human health,’ the authors of the paper conclude.

The UCSF proof-of-concept study is ‘a very important first step’ in better describing the sum total of chemicals to which people and developing babies are exposed to, according to Jamie DeWitt, an associate professor of pharmacology and toxicology at East Carolina University. ‘This type of “chemical detective work” helps scientists like me, a toxicologist, figure out if I should direct my research toward new chemicals or classes of chemicals for which there are little data,’ she adds.

Birnbaum says the new research involves some ‘very elegant’ chemistry. ‘What they are doing is just the kind of thing that many of us has been calling for – untargeted monitoring,’ Birnbaum states. ‘We really don’t know what’s out there – when we only focus on what we know, we may miss some things that are very important.’