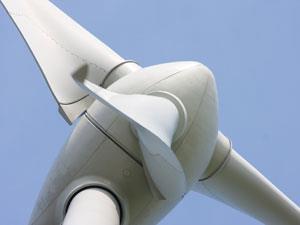 Researchers in the US believe they may be able to create mimics of rare earth elements by making new ‘superatoms’ composed of atomic clusters of other metals. The team demonstrated the concept by generating clusters of boron-doped lanthanum, which was shown to have the same number of valence electrons, unpaired electrons and magnetic moments as neodymium. Similarly, boron-doped neodymium had the same key electronic profile as europium. However, other researchers in the field remain sceptical that the approach could yield meaningful quantities of material.

Rare earth elements have multiple high tech uses because of their unusual optical, magnetic and electronic properties. However, they are scarce and their extraction by mining is environmentally damaging, so major efforts are underway globally to seek alternatives.

Now, a team at Pennsylvania State University led by Welford Castleman believes that clusters of metal atoms formed into ‘superatoms’ could be a fruitful approach. The researchers created clusters of two rare earth elements, lanthanum and neodymium, by vaporising the metal with a laser in an atmosphere of helium containing diborane. This produced boron-doped clusters of each metal. When these clusters were analysed by photoelectron imaging spectroscopy, the lanthanum-boron clusters appeared identical to neodymium, while the neodymium-boron clusters were analogous to europium.

To take atoms of one element and manipulate them in such a way that they assume the properties of another element elsewhere on the periodic table is, says Castleman, ‘mind boggling’. Using this approach it may be possible, he suggests, to find non-rare earth clusters that exhibit the important electronic properties of their rare earth counterparts.

Other workers in the field remain sceptical, however. Karl Gschneider, of the US Department of Energy’s Ames Laboratory, says: ‘It is interesting science, but today and in the next 10 years it is not practical.  The materials the authors reported on are isolated clusters – gas molecules – and one needs about  1024 – Avogadro’s number – of these clusters to make a practical solid phosphor or magnet.’  Furthermore, he suggests, the properties of any solid could be quite different from that of the cluster.

Laura Lewis, of Northeastern University in Boston, US, welcomes the new insights the study brings, but adds: ‘Building on these results to synthesise a macroscopic functional material such as a magnet from atomic clusters would require a complete revolution in materials science.’

Castleman remains undeterred, however. ‘I think this approach is worth pursuing and will allow us to build systems that would be very difficult to build by any other means,’ he says. ‘Many people poo-pooed much of nanoscience in the early days, saying that it would not have much use. But things have changed a lot. I am very upbeat.’