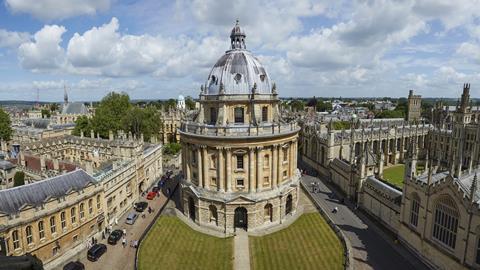 Universities will be able to recruit 5% more UK and EU undergraduate students than budgeted for in the coming academic year in line with Universities UK (UUK) proposals – controls currently apply to English institutions. Ministers will have ‘discretion’ to allocate 10,000 further places, with 5000 ringfenced for health-related courses. The Office for Students (OfS), the English regulator, is consulting on whether it should be allowed temporary powers to intervene if universities risk students’ best interests, or the ‘integrity’ of the sector. These might include making unconditional offers or pressuring students to accept places through incentives, such as free laptops. Interventions could include fines.

The package comes after warnings that UK higher education faced a £2.5 billion funding hole with 30,000 jobs in the sector at risk.

The Student Loans Company will pay universities’ tuition fees for the coming academic year in advance, potentially around £2.6 billion. The government will also immediately bring forward £100 million in research (QR) funding, 5% of the amount UUK requested for 2020–21. A new research sustainability taskforce will advise on research across the UK.

Universities can also apply for government support packages, including business loans and the coronavirus job retention scheme, which applies to short-term contracts, as well as staff jobs. The OfS estimates loans could be worth at least £700 million to the sector.

Significantly, the government stresses it will only intervene further as a last resort, for example, if a university is threatened with closure. In such instances, it will look at ‘restructuring’.

‘Universities will want to examine more fully the details [of the measures] and then work with government to ensure that detailed measures are developed,’ says Julia Buckingham, president of UUK. ‘This must include further support to protect the strength, capacity and quality of the research base.’

Bringing forward tuition fee payments and some recurrent research money will help manage cashflow, says Tim Bradshaw, chief executive of the Russell Group, but the sector also needs other areas of government financial support, such as the Covid corporate financing facility, to work better for universities. ‘The big remaining challenge is to address the financial sustainability of research,’ he stresses.

Jo Grady, general secretary of the Universities and Colleges Union, argues the measures do not deliver protection or stability. The student number cap will enable the wealthiest universities to increase student numbers at the expense of other more locally focused institutions. ‘Instead of kicking the can down the road, the government must underwrite funding lost from a fall in student numbers, and remove incentives for universities to compete against each other.’

However, Nick Hillman, director of the Higher Education Policy Institute (HEPI), says this is ‘a carefully calibrated’ package. ‘Overall, the measures should give managers and governors the time they need to reset their institutions for the post-corona world. [But] even with this new support, the structure of our higher education system is likely to change.’

The government has said that it is continuing to work with devolved administrations in Northern Ireland, Scotland and Wales on measures to support higher education there.