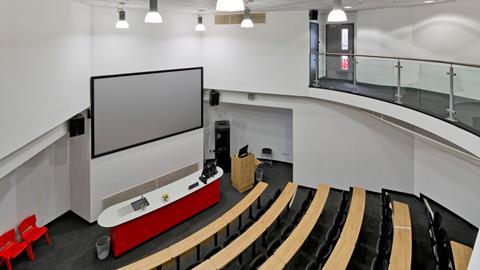 Pandemic is a looming disaster for UK universities with 30,000 jobs threatened

UK universities face a £2.5 billion hole in funding as a result of the pandemic, putting 30,000 university jobs at risk, a new analysis forecasts. Most of this will come from a dramatic fall in fees and teaching grant income as student numbers plunge. Almost three-quarters of institutions could be left in a critical financial position. The report comes just a week after analysis by the Office for Budget Responsibility predicted that education would be the sector hardest hit by the crisis.

Our most research-intensive universities are now the most exposed, as they also attract the largest numbers of overseas students

In 2018–19, universities earned more than half of their total income of £37.6 billion from tuition fees and teaching grants. They also received a further £7 billion from other services such as accommodation, catering and events. Reductions in these services would have a knock-on effect on local economies, the report notes. While around 30,000 university jobs could go, a further 33,000 jobs in the wider economy are also threatened.

The report also considered a recent proposal from Universities UK (UUK) to allow institutions to recruit more students up to a cap of 5% on top of existing numbers. However, they found less wealthy institutions would suffer disproportionately. Gavan Conlon, partner at London Economics, says: ‘The proposed cap will not be enough to avoid an overly competitive market for the remaining pool of applicants, with the impact of this actually being worse for some institutions than the effect of the pandemic itself.’

UCU general secretary Jo Grady calls the report ‘alarming’, particularly for science departments. ‘University science departments are leading the fight against Covid-19 and it is vital they are given support now to continue their work,’ she says. ‘They must also be given the opportunity to lead the innovation and research that will drive our recovery from this crisis. This report shows that, without government support, all universities will face a serious financial hit. Now is not the time for universities to be competing for students or funds.’

However, Nick Hillman, director of the Higher Education Policy Institute, warns that the report, though important, is only part of the debate. ‘No-one can predict what will happen, nor can we know for certain its full impact on educational institutions. We must not imply … that UK universities are halfway to hell in a handcart when, in reality, every conceivable model of a successful post-Covid and post-Brexit UK economy has our outward-facing universities at its heart. And that is why I agree that our universities need proper support in the months ahead.’

Hillman queries some of the study’s assumptions. For example, it assumes higher education will be less attractive in 2020–21. ‘The current crisis may nudge people who leave school or graduate while undecided about their next move to stay in education.’ The report also assumes every university will lose large numbers of students, but Hillman questions whether a severe recruitment crisis among all major student groups at every single institution is likely. For instance, it predicts 2700 fewer first-year enrolments at both Oxford and Cambridge. ‘That seems odd when there is usually huge surplus demand to attend our oldest universities.’

‘We know that university-based research is now underfunded against its actual costs [by] £4 billion a year,’ says James Wilsdon, director of the Research on Research Institute at the University of Sheffield. ‘A sizeable chunk of this shortfall is made up by internal subsidies from international student income, so our most research-intensive universities are now the most exposed, as they also attract the largest numbers of overseas students. This is a time-bomb waiting to explode in the autumn, as budgets dip, and it’s already having an impact in terms of cancelled research projects, new posts and other forms of internal investment.’

Wilsdon urges government to offer support initially through a substantial uplift in flexible quality-related research (QR) funding over the next two years, which universities can then deploy as they need. ‘If no help is forthcoming, then the very research base that the country is now relying on to develop vaccines and myriad other solutions to the social, health and economic challenges of Covid-19 will itself be left gasping for breath by the end of the year.’

In an email to staff, Manchester University vice-chancellor Nancy Rothwell warns that job losses and temporary pay cuts may be on the cards – the senior leadership team has already taken a 20% cut. Also under consideration are deferrals of promotional pay awards, and suspensions of annual increments and national pay awards. The salary bill accounts for over half of the university’s budget (over £600 million a year).

Manchester University receives 45% of its annual turnover from tuition fees and is predicting that it could lose over £270 million next year. It is planning on a reduction of between 50-80% in international students, and around 20% of home/EU students. It’s also factoring in losses from student accommodation, catering and commercial activities, as well as loss of research income (not covered by the London Economics report).

The university is taking several measures to stay in the black such as stepping up efforts to maintain student numbers. These will include developing new online learning programmes, deferring the start of the academic year and offering face-to-face teaching for international students staying at home.