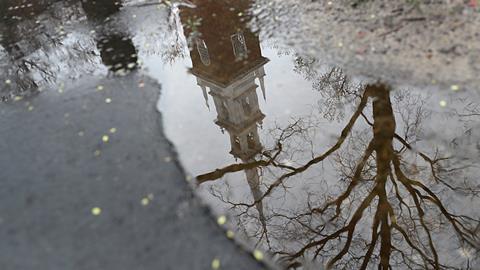 Major research universities in the US are facing unprecedented challenges and perils as they deal with the fallout from the ongoing pandemic. Even Harvard, the richest university in the country, has reported a $415 million (£335 million) drop in revenue this year and is projecting a $750 million shortfall next fiscal year, which starts in July.

The $415 million loss for Harvard includes, among other things, refunding room and board for the last half of the term and providing financial assistance to students who had to leave campus. Also factored into that figure are costs associated with cancelling in-person courses and programmes, and the funding lost from lab closures. Harvard predicts that additional cost-saving measures will be required in the coming months, such as furloughs and layoffs.

Many other major US research universities, beyond Harvard with its massive $40 billion-plus endowment, are suffering. Credit-rating agency S&P Global Ratings has dropped outlooks on more than a quarter of US colleges and universities that it rates.

Out of 436 US higher education institutions rated by S&P Global Ratings, 117 have been downgraded from stable to negative. The credit agency also downgraded another 10 schools from positive to stable. In total, the share of colleges and universities with negative outlooks has more than quadrupled since the pandemic began.

Tuition fees help universities keep the lights on, but are now at risk. Chinese demand for US higher education in the upcoming academic year is expected to drop substantially, according to a recent report from the US-China Economic and Security Review Commission. The commission cites delays or cancellations of US entrance exams in China, travel restrictions and continuing questions about when US college campuses will reopen.

‘University administrators report that cancelled recruitment events in China and inability to work with local recruitment agencies could further depress Chinese student enrolment in US university programmes,’ the report reads. The commission notes that US universities are increasingly dependent on tuition from Chinese students, and that China has been the biggest source of international students for a decade. There were nearly 370,000 Chinese students enrolled in 2018, and they contributed $15 billion.

The problem is by no means confined to China. US consulates and embassies around the world are closed and either not accepting applications for new visas or operating at a fraction of normal capacity. They are scheduling visa interviews for July and August, and those appointments could be further postponed. This time of year – April through June – is usually when the bulk of student visas are issued.

There is also considerable concern that domestic students might not return to campuses next academic year – virtually or physically. ‘Some folks are anticipating as high as a 20% or so enrolment decline in the coming year for varying reasons, among those reasons may be students not feeling comfortable coming back,’ says Hironao Okahana, vice president for research and knowledge development at the US’s Council of Graduate Schools.

The Covid-19 economic support package does include $14 billion for higher education institutions, but academic groups say it is clear that this will not cover universities’ shortfalls.

Several higher education organisations, including the Association of American Universities (AAU), the Association of Public and Land-Grant Universities, and the American Council on Education (ACE), are calling for $26 billion in emergency funding to help support research, assuming that the shutdown or slowdown lasts about three months. They reason that the federal government spends roughly $85 billion on extramural research at universities and elsewhere each year, and about one-third of the fiscal year has been hit by Covid-19 so far.

These supplemental funds, the academic groups suggest, could be used to cover requests for research grants and contract supplements, including salary support and also funding for graduates, postdocs and research assistants for up to two years. The campaign has secured political backing, with Colorado Democrat Dianne DeGette and Michigan Republican Fred Upton supporting the $26 billion request in a letter to leaders of the House of Representatives. The letter has attracted more than 180 signatures from congressional representatives.

Surveys do not paint a reassuring picture of the financial health of US universities, however. ACE’s recent survey of nearly 200 US university presidents, released in late April, showed that slightly more than half have already implemented a hiring freeze. Only 6% reported laying off staff, 5% said they had merged or eliminated academic programmes, and 1% reported laying off faculty. However, 57% said they anticipate staff layoffs, 49% said they expect to merge or eliminate academic programmes and 32% foresee faculty layoffs.

The cost of reopening

The restart costs for US universities will be considerable once the lockdown ends and labs reopen. ‘We know that for labs to resume their work on the federal research grants, they are going to need to get their staff back to campuses or to their facilities, and in many instances they are going to need to recreate cell lines that had to be destroyed or frozen over the course of the suspension, which is going to take time,’ explains Lizbet Boroughs, AAU’S associate vice president for federal relations.

Academics are great at testing one variable against a hypothesis, but we have dozens of variables to consider when developing a picture of what the fall semester will look like

She adds that expensive equipment like DNA sequencers were repurposed for Covid-19 diagnosis over the last few months, and could remain unavailable for a long time, maybe even requiring replacement. Furthermore, many universities scoured their labs and closets for personal protective equipment to donate to hospitals and doctors’ offices, so safety gear will need to be replenished in many academic labs.

It will not be possible to calculate the true cost of the pandemic to the academic sector until as late as mid-July though, when the number of international students admitted to US universities become available. Data on international graduate student enrolments for autumn 2020 isn’t expected to until early 2021.

So far, however, the signs are positive at New York University (NYU), which is located in the hardest hit city in the US. The NYU deadline for graduate school acceptance just passed for autumn 2020, and the university’s chemistry department has hit its target of 29.

Ultimately, time will tell if US universities can overcome the tumult caused by Covid-19. ‘Academics are great at testing one variable against a hypothesis, but we have dozens of variables to consider when developing a picture of what the fall semester will look like,’ says AAU’s Boroughs.

In an email to faculty and staff, University of Wisconsin–Madison’s chancellor Rebecca Blank announced that her institution will require nearly 16,000 faculty and staff to take between three and six unpaid furlough days from 15 May to 31 October. This is part of the university’s multi-pronged approach to address its $100 million-plus shortfall from the Covid-19 crisis, which Blank says could actually be much larger.

To control current and future costs, the university has already taken several steps, including cancelling planned budget allocations and new investments, freezing travel and limiting non-essential expenses, and deferring some infrastructure projects, as well as a partial hiring and salary freeze. But, in her 4 May letter, Blank announced additional steps the university must take, given the expected financial challenges. These included furloughs, which will apply to most employees on grant funding but will exempt graduate assistant, postdoctoral, temporary and student workers. Blank also joined the school’s provost and vice chancellors in voluntarily taking a 15% pay cut for the next six months. ‘This is approximately the equivalent of a 10% pay cut, plus six furlough days,’ she wrote.

The university has also initiated a ‘work-share’ programme to keep all employees at least partially employed by sharing available work. Under this initiative, staff will see their working hours reduced from between 10% to 60% and will share shifts to cover remaining work. Participants in this programme are able to apply for expanded unemployment benefits that are pro-rated for the partial work reduction. Voluntary leave without pay is also being offered. The university expects that all of these short-term human resources actions will save up to $30 million to offset against its $100 million shortfall.