Chemistry will contribute to nascent field with applications across medicine, chemicals and agriculture 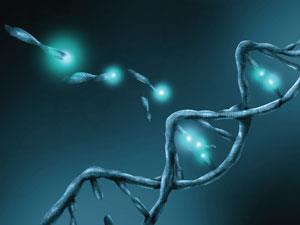 A new ‘strategic vision’ for synthetic biology has laid out the steps Europe needs to take in the next five to 10 year to nurture the field, with chemistry a key part of its strategy.

ERASynBio lists five main recommendations to advance synthetic biology in Europe. First, more funding is needed, along with greater collaboration between researchers, industry and policy-makers. A multidisciplinary, transnational network of scientists and institutes is also called for, coupled with high quality academic and workforce training. All these recommendations should be underpinned by open, cutting-edge data technologies.

Andy Boyce, strategy and policy manager at the UK Biotechnology and Biological Sciences Research Council and the UK representative for ERASynBio, says chemistry is one of the important areas that contributes to the multidisciplinary nature of synthetic biology. ‘We expect that a significant percentage of projects will involve cutting edge chemical research,’ he says. He notes that, for example, a research project approved by ERASynBio last year aims to ‘engineer biomolecules for new routes to nanoscale objects and biomaterials’. A second project ‘uses chemical approaches to start developing a fully synthetic, mirror-image biological system’.

Alfonso Jaramillo, a synthetic biologist at the University of Warwick in the UK, says ERASynBio strategy is on the right course. ‘They are facilitating the engineering of biology by encouraging research that otherwise might not be as competitive as other research promising things like curing cancer,’ he says. ‘But in the long-term, making biology easier to engineer will be game-changing.’

He says ERASynBio’s fifth recommendation on cutting-edge, open data is particularly important. Jaramillo says the characterisation of biological parts must be standardised and made freely available in what he calls ‘human-readable’ formats, such as journal-style figures, and in ‘machine-readable’ formats that can be fed into modelling software.

‘Given the expected lowering of gene synthesis costs, it is the design of the DNA sequence that is limiting the engineering of complex genetic devices,’ he says. ‘Moreover, the design process is mostly limited by our incomplete knowledge of molecular biology. It is essential to get more characterisation.’

Dek Woolfson, a chemist and biochemist at the University of Bristol, UK, who was a recipient last year of ERASynBio funding, says the organisation has already succeeded in ‘encouraging and supporting strong, positive and much-needed links across Europe’ for multi-national research projects. Woolfson, who is founding director of the new synthetic biology research centre at Bristol, adds: ‘This joined-up thinking is key if we are to develop synthetic biology and deliver on its promise, particularly in areas that would be impossible within national confines,’ he says.