The first complete and functional synthetic yeast chromosome has been created by a team of scientists based in the US. The work is part of a worldwide effort to recreate the 16 chromosomes required for a fully synthetic yeast genome - a feat the researchers hope will be achieved by 2018 or 2019.

In 2010, the Craig Venter Institute synthesised a bacterial genome to create the first living cell controlled by artificial DNA. A year later, Jef Boeke’s team at Johns Hopkins University in Baltimore, US, produced a partially synthetic chromosome for brewer’s yeast (Saccharomyces cerevisiae). Being a eukaryote, yeast is genetically much more complex, with an 11 million base-pair genome, compared to the 583,000 base-pairs of Venter's synthetic bacterial genome. 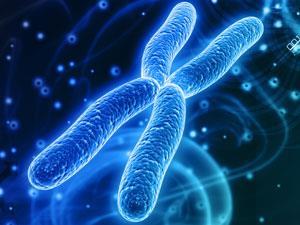 Now, Boeke's lab has led the way to a fully functioning synthetic yeast chromosome III, demonstrating the validity of creating the remaining chromosomes for the whole synthetic yeast genome, a project dubbed Sc2.0, which could offer answers to fundamental biological questions and provide routes to new biotechnologies, including vaccines and biofuels.

'It's a great paper and very exciting work,' says Tom Ellis, who did not take part in this study, but is synthesising chromosome XI for the Sc2.0 project at Imperial College, London. 'Yeast chromosome III was actually the first ever sequenced chromosome of any organism back in 1992, before any genome sequences were done. So it's great to see that 22 years on, it's now the first eukaryotic chromosome to be synthesised.'

Boeke's team mined data on interdependencies between genes to better understand the basic logic and genetic wiring that allow cells to function properly. When it came to synthesise the chromosome from oligonucleotide building blocks, all known destabilising elements were removed, such as transposons, a kind of jumping gene that can change position in a genome. The upshot is that the synthetic genome, when complete, will be more stable and therefore a more predictable cell type to work with, which is desirable for biotechnologies like biofuel production.

However, Boeke was surprised that even after deleting, inserting or changing 50,000 bases in the DNA that it still reads a lot like native yeast. 'We checked everything by sequencing the whole chromosome and we also tested the “yeastiness” and saw essentially no difference with normal yeast,' he says.

Genomics expert Jack Szostak at Harvard University, US, thinks this is a remarkable finding. 'Either the genome-designers have been very careful and insightful in the changes they specified, or yeast is incredibly robust with respect to major sequence changes, or some combination of the above,' he comments. 'The redesigned chromosome should be a useful tool for future genetic experimentation because of the many alterations introduced for the purpose of facilitating genomic manipulations.'

'This is an important step because it's the first fully complete chromosome of the 16 and the cells containing it have no noticeable growth defects in the lab,' says Ellis. 'This means that the design principles for radically changing the genome sequence are sound, verifying the idea of the genome project.'