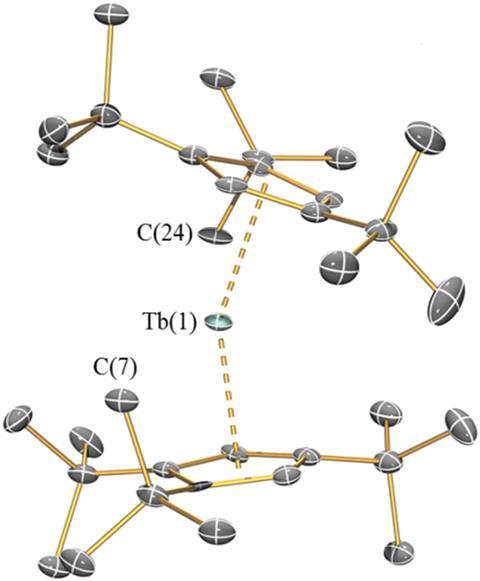 Scientists in the UK have synthesised a new lanthanide metallocenium complex. Based on terbium, the structure adds to a series of complexes made from heavy lanthanide ions sandwiched between two aromatic π ligands.

The group, based at the University of Manchester, had previously synthesised an almost complete series of structurally analogous heavy lanthanide metallocenium complexes. They achieved this using halide abstraction from a parent lanthanide–cyclopentadienyl sandwich complex containing chlorine. However, this route didn’t work for terbium as it produced an oily side product, making it difficult to handle and characterise.

The scientists have now discovered that switching the halide in the parent complex to a borohydride anion allows them to make terbocenium without any troublesome residues.