Too many chiefs, not enough indians?

Researchers are calling for recognition and support for those who prefer to stay ’at the bench’ rather than heading up a research group. Highly skilled staff are being discouraged from pursuing university research because of a lack of stability in the career structure, they say.

Not every researcher is cut out for the traditional academic career path - gaining a PhD followed by a few years’ postdoctoral experience and then setting up their own research groups, said participants at the ’Tomorrow’s Giants’ event run jointly by the Royal Society and the journal Nature in London on 1 July.

It was suggested that there should be provision within university departments for people whose skill and desire is to be active in the laboratory. This would benefit both the researchers and the group heads, since it would provide stability to the group’s skill set, and ideal mentors in practical techniques for students and junior postdocs.

Currently, there is little support or job security for those choosing a bench-based career as there are very few permanent positions available and researchers tend to shift from one temporary contract to the next, as new projects come up or old ones run out of funding. 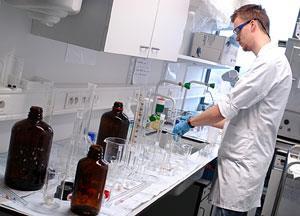 Some researchers just want to stay at the bench

Caroline Tolond, the Royal Society of Chemistry’s specialist careers adviser, is not surprised by the views expressed at last week’s event. ’Of the postdoctoral staff the RSC’s careers team see, a large number would like a permanent position in a university. Some are keen to take on a principal investigator (PI) position; the other half would just like to continue with their research activity.’ She adds that these individuals are committed to their science and think that moving into industry would reduce their freedom to investigate blue sky questions within the university environment.

Sir John Beringer, former pro vice chancellor at the University of Bristol, UK, countered that the power to make such changes already exists within the universities. ’Universities have autonomy - in many cases staff decide among themselves what the next appointment will be,’ he said. ’And you can almost guarantee that they won’t choose to have a technical post when they could have another academic.’

The Universities and Colleges Union (UCU) believes that the system of temporary contracts is unsustainable and wastes resources. Jane Thompson, national industrial relations officer for UCU, points out that the ancillary skills and contacts that people pick up - knowing how institutional systems work, who to talk to and how to get things done - are often overlooked. ’The default position should be some form of permanent contract, rather than expecting to be out of the door at the end of three years,’ Thompson says. She adds that rather than individual PIs micro-managing their staff, there should be some institutional responsibility for collating available projects with the skills of the available research staff.