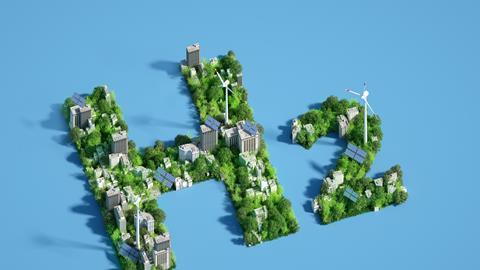 With the right support, the UK could meet national targets for sustainably produced or ‘green’ hydrogen and make enough to export to mainland Europe, according to a new report.

‘If ever there was a time to step up our efforts to replace expensive gas with a clean, flexible fuel which fulfils the same role but uses cheap renewables instead, it’s right now,’ says Laurie Heyworth, report author and emerging technologies policy analyst at RenewableUK’s, the trade association for wind power, wave power and tidal power industries. ‘This report explains how we can start to switch. Expanding our capacity to produce green hydrogen will enable us to make full use of the enormous amounts of clean power we’re producing from renewables. Making hydrogen using renewables is set to become cheaper than using fossil fuels, which are prone to volatility and global price shocks.’ 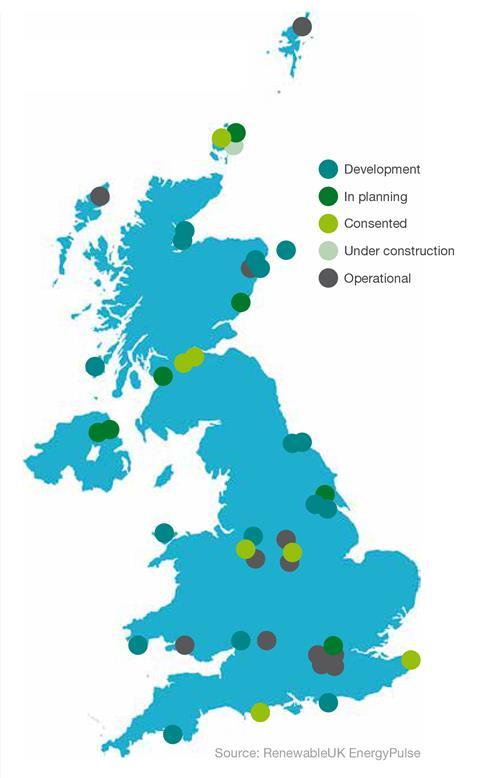 Green hydrogen can be produced in electrolysers which split water into hydrogen and oxygen using electricity generated by wind and other renewables. It can replace fossil fuels in heavy duty transport, and in other sectors, such as aviation, shipping and energy-intensive industries. In the longer term, green hydrogen could be stored underground to help manage fluctuations in energy demand.

The report contains a series of recommendations to help the government achieve its target of producing at least 5GW of green hydrogen by 2030. These include removing barriers in regulatory and planning systems, for example, allowing electrolysers to be built alongside wind farms and exempting them from some charges for access to the grid. The report also calls for a low-carbon standard that specifically promotes green hydrogen as a zero-carbon fuel, and urges the government to develop a UK-based green hydrogen supply chain, manufacturing electrolysers and compressors. It also recommends developing large-scale green hydrogen storage facilities, making use of former gas storage facilities and salt caverns.

Jan Rosenow, director of European programmes at the Regulatory Assistance Project, a global team of energy experts, broadly supports the recommendations. ‘The UK’s hydrogen strategy put significant emphasis on blue hydrogen [where hydrogen is made using fossil fuels, with carbon dioxide captured and stored] and less on green hydrogen. But this has changed with the increase in fossil gas prices. In its energy security strategy, the government announced it aims for at least half of the 10GW hydrogen production capacity to be green hydrogen. This report for the first time sets out how this target could be achieved.’ 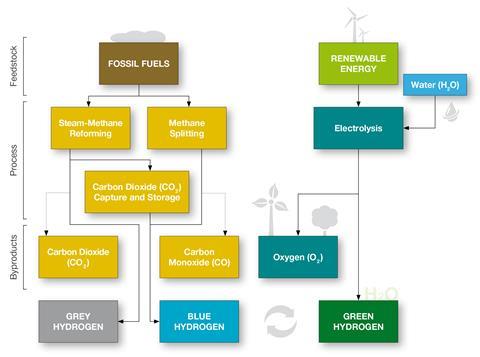 The different production routes to hydrogen

Rosenow says the UK is well-placed to develop a green hydrogen supply chain. ‘The world’s largest electrolyser factory is in the UK with a capacity of 1GW per annum. There is also a tremendous offshore wind resource that can provide the electricity needed for green hydrogen. What will be important is to use that hydrogen wisely and for applications where few alternatives for decarbonisation exist such as fertiliser production. This does not include home heating and personal transport, for example, where better and more cost-effective alternatives exist.’

Nilay Shah, a professor of process systems engineering at Imperial College London, says the recommendations make a lot of sense. In particular, he supports developing a low carbon standard, which would avoid debates about different types of hydrogen and avoid being prescriptive about production processes, as well as stimulating demand for hydrogen. However, he would go further and use public procurement as a way to create a steadily growing market for hydrogen.