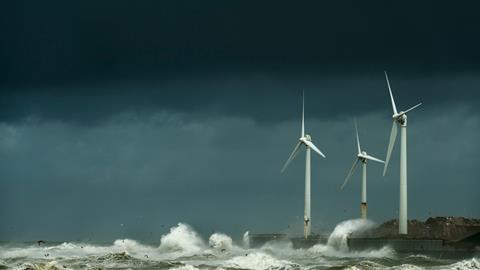 Carbon capture and storage (CCS), nuclear power, hydrogen and greenhouse gas removal technologies all play a key part in the government’s long-awaited net zero strategy – but important questions over the speed and funding of the transition remain.

The strategy – published just ahead of the Cop26 climate summit – places a greater emphasis on CCS, compared with previous plans to slash emissions, aiming to store 20 to 30 million tonnes a year by 2030. Some six million tonnes of the total will be captured from industry, rising to nine million tonnes by 2035. Industrial emissions were 78 million tonnes in 2019.The government also wants to see 5 million tonnes of greenhouse gases removed from the air by 2030, through technologies including direct air capture.

Two clusters – Hynet in the north-west of England and the East Cluster, which takes in industry groupings on Teesside and Humber that account for 50% of the UK’s industrial emissions – will be fast tracked to secure the deployment of CCS by the mid-2020s. They will get a share of £1 billion of public funding, subject to them demonstrating value for money. The Drax power plant – for the Humber cluster – is piloting combustion of woody biomass with CCS.

Chris Manson-Whitton, director at Progressive Energy, which is leading the Hynet project, says it safeguards some 340,000 manufacturing jobs enabling them to transition to net zero. ‘You’re going to start seeing inward investment as other industry sees the CO2 and hydrogen infrastructure and that attracts them into the region, creating new jobs,’ says Manson-Whitton.

The Acorn project, in Scotland’s north-east, which aims to decarbonise Ineos’s Grangemouth petrochemicals complex and Exxon Mobil’s ethylene plant, missed out but will be a ‘reserve’ project for public funding. Mike Webster, energy policy manager at Oil and Gas UK, says all the UK’s five CCS projects that were vying for government funding are going to be needed to meet climate targets.

The government has been working with industry to develop business models for industrial CCS and hydrogen production. £140 million will be spent to establish an industrial decarbonisation and hydrogen revenue support scheme, with funding for projects producing green hydrogen made via renewable energy-powered electrolysis and low carbon hydrogen produced from natural gas with CCS. The definition of low carbon hydrogen will be published next year, to establish the threshold for greenhouse gas emissions permitted in the production process.

The strategy envisages a clean energy grid by 2035, with nuclear playing a part. With negotiations ongoing on Sizewell C in Suffolk, a final investment decision on ‘one large scale project’ is promised by 2024. A £120 million nuclear enabling fund is being launched to retain options for future technologies such as small modular reactors. Plans are already underway for an advanced modular reactor demonstrator in the early 2030s.

On transport, public and private sector investment of £220 billion is needed to cut emissions by as much as 59% by 2035. The government will allocate £350 million from an existing £1 billion automotive transformation fund, to develop the supply chain for electric vehicles, alongside another £620 million for charging infrastructure.

To speed up the commercialisation of sustainable aviation fuels, government wants 10% of aviation fuels to be from sustainable sources by 2030 and will provide £180 million to develop fuel plants. Dan Lunt, professor of climate science at the University of Bristol, described the ambition as very low. It ‘could have transferred the billions of pounds of subsidies that are received by the aviation industry each year from the UK government – for example through tax subsidies of aviation fuel – to other sectors, such as EV cars and renewable energy sources,’ to both tackle the climate crisis and improve air quality.

Ministers said the net zero strategy would ‘unlock’ £90 billion of investment by 2030 – although hundreds of billions will ultimately be needed. A Treasury review published alongside raised concerns about the shrinking tax take as motorists switch to electric vehicles. Additional public investment might require expanded carbon pricing for polluting industries and changes to existing taxes, it said.