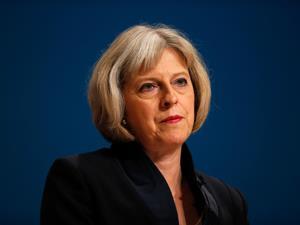 Home secretary Theresa May is facing mounting pressure to amend the psychoactive substances bill. The Advisory Council on the Misuse of Drugs (ACMD) has written to May expressing its concerns that the bill, as drafted, may produce serious unintended consequences and details eight serious problems. At the same time, some senior scientists have publicly expressed their fear that the law would seriously inhibit medical and scientific research.

The bill, which is going through the House of Lords, attempts to ban ‘legal highs’, synthetic chemicals not currently controlled by any UK legislation. But the ACMD, which makes recommendations to government on the control of dangerous or harmful drugs, wants some comprehensive rewriting of the bill. The Home Office has said it will respond to these concerns before the next stage of the legislation in the Lords on 14 July.

Les Iversen, chair of the ACMD, says that by omitting the word ‘novel’ in the bill’s title the government has widened its scope beyond that originally envisaged. The ACMD would support a blanket ban on novel psychoactive substances, but cautions against a blanket ban on all psychoactive substances. It is almost impossible to list all possible exemptions, he points out. As drafted, the bill may now include substances that are benign including some herbal remedies.

Iversen also stresses that the psychoactivity of a substance cannot be unequivocally proven. The only definitive way is through human experience, which is usually not documented in the case of legal highs. Proxy measures, such as in vitro neurochemical tests, may not stand up in a court of law, he adds.

Meanwhile, a group of august institutions – the Academy of Medical Sciences, the British Pharmacological Society, the Royal College of Psychiatrists, the Royal Society, the Society of Biology and the Wellcome Trust – argue that many types of important research could potentially be put at risk, particularly in neuroscience, where substances with psychoactive properties can help scientists understand phenomena such as memory, addiction and mental illness. Although the bill exempts psychoactive substances in clinical trials, no explicit exemption is made for laboratory research.

Leading scientists, including Colin Blakemore, former executive director of the UK Medical Research Council, and Barry Everitt, director of research at the University of Cambridge, UK, also fear that medical science will suffer. In a letter to the Times on 6 July, they call the bill ‘poorly drafted, unethical in principle, unenforceable in practice, and likely to constitute a real danger to the freedom and well-being of the nation’.

‘The powerful criticisms by the ACMD resonate with all that has been said by many experts, and by distinguished members of the House of Lords during the parliamentary debates,’ says Rudi Fortson QC, independent practising barrister and visiting professor of law at Queen Mary, University of London, UK. ‘It is anyone’s guess whether the government will heed those criticisms.’