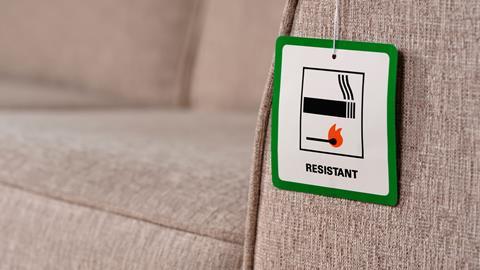 A committee of MPs has heard that the UK’s approach to chemical regulation is one of ‘firefighting’, and has called on the government to set ambitious targets for reducing toxic chemicals in the environment, including elimination of endocrine disruptors in consumer products. In a wide-ranging report, the Environmental Audit Committee details government inaction and delay, and the loss of expertise and funding in toxicology and environmental chemistry.

Michael Depledge from Exeter University in the UK lays out the scale of the task, given that there are around 80,000 chemicals in common use: ‘We try to make a regulation for each chemical that comes along—and we have about 2,000 new chemicals a year—but we can’t get through them all. We have toxicity tested only a few per cent of the total amount, and we don’t know how they interact in mixtures.’ He adds that ‘it is the integrated impact of the chemicals that we need to get to grips with’.

The report highlights two areas that the government needs to address: flame retardants, and chemicals used in packaging. It points out that regulations on flame retardants used in mattresses and sofas haven’t been significantly revised in 30 years, and that government hasn’t responded to consultations from as far back as 2010. During this time, it says, some of the most commonly used flame retardants have been classed as persistent organic pollutants and substances of very high concern. ‘Inaction has allowed unnecessary and potentially toxic chemicals to continue to enter the public’s homes,’ the report says.

The MPs called on the government to automatically ban REACH-defined substances of very high concern in food contact materials, and to use the introduction of an extended producer responsibility (EPR) scheme for plastic packaging to phase out the use of chemicals in plastics that have been found to be toxic. They said the government was failing to protect consumers because the budget for product safety compliance doesn’t reflect the volume of products on the market, and recommended a 10% annual increase in funding.

Stuart Harrad, an environmental chemist at Birmingham University, UK, says the report draws attention to the way we regulate chemicals at a very important time. He welcomes the committee’s recommendation that regulation should be speeded up by a grouping approach to substance evaluations. This would consider both structurally similar substances, and substances used for similar purposes, to avoid what are known as ‘regrettable substitutions’ – where one chemical is replaced by another related chemical that’s not regulated and turns out to be similarly harmful.

Ecotoxicologist Tamara Galloway from Exeter University told MPs that one means of avoiding such substitutions is to ‘institute everything you can through green chemistry approaches’, and to work with manufacturers to reduce the risks of substituted chemicals.

The inquiry ran a small survey that showed consumers were both aware of and concerned about chemicals in consumer products, but the MPs heard evidence that a lack of labelling and transparency hindered them making informed choices. They recommend a reform of the labelling system for consumer products, so that groups of chemicals used are listed; as well as the development of domestic pictograms for substances of very high concern – indicating, for example, if chemicals used are carcinogenic or bio-accumulative.

Back to front measures

Andrew Watterson , from the occupational and environmental health group at Stirling University, UK, suggests that the report’s approach to chemicals is ‘back to front’ in several places. ‘You [should] go upstream to prevent your exposures, rather than try to label everything and do detailed biomonitoring work,’ he tells Chemistry World, adding that ‘we know enough to act on many concerns already’ and that a biomonitoring programme ‘can [now] be used as an excuse for not acting on many fronts’.

The committee also heard extensive concerns about the provision for scientific advice to the Health & Safety Executive, which takes over chemicals regulation after Brexit. The Royal Society of Chemistry has suggested a register of specialists should be set up to support the government’s decision- making processes. It said it was vital the UK works collaboratively and internationally on chemicals regulation, and stressed it should prioritise harmonising regulations.